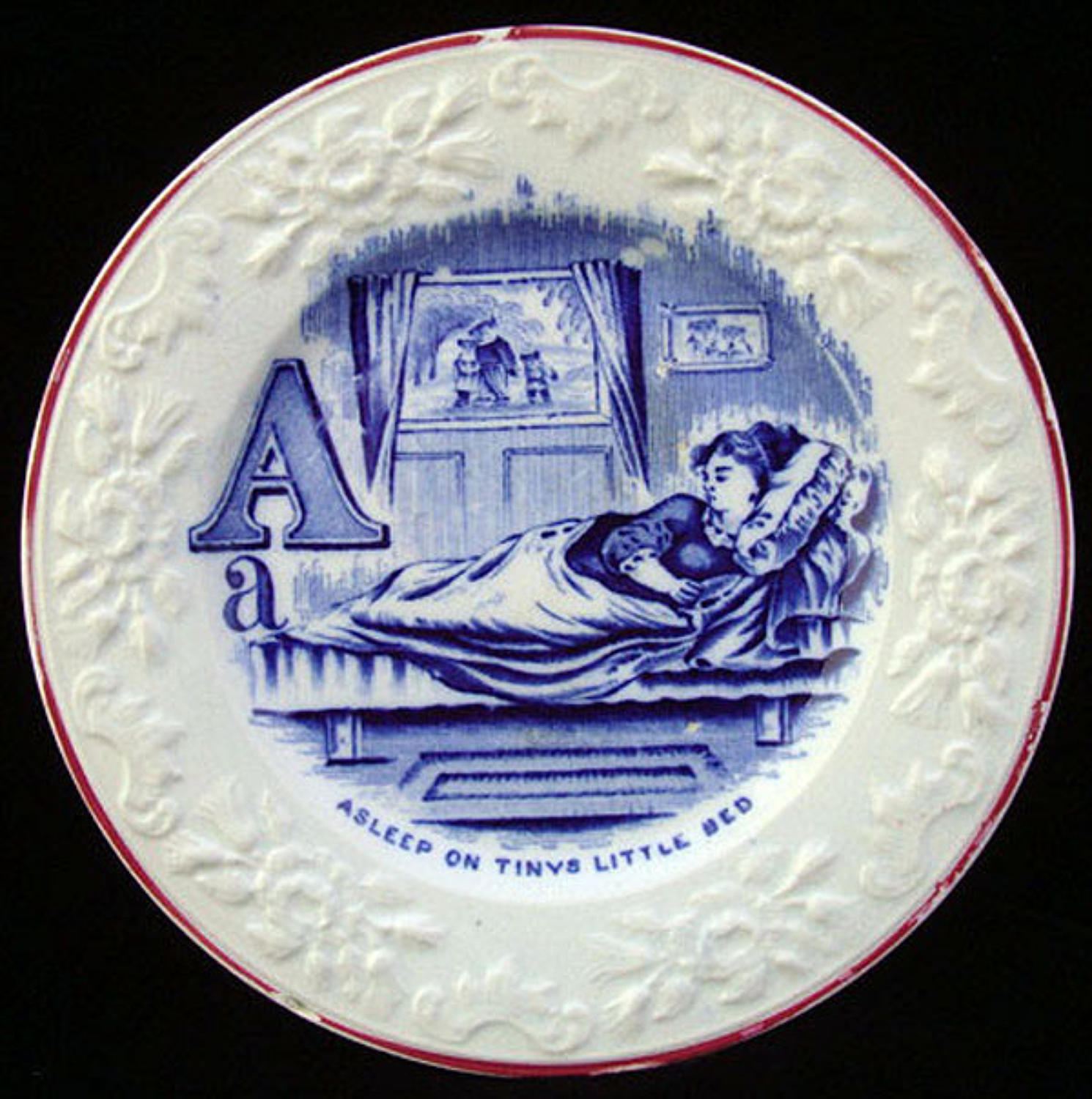 This rare small alphabet plate is 5 3/8 " in diameter and is transfer printed in dark flowing blue.

An impressed border of alternating vines and flowers with a red striping on the rim. The central transfer is of the upper case and lower case " A ".

This plate is part of a larger series depicting Nursery Tales or Nursery Rhymes, assigning one tale to each letter of the alphabet. Plates like this were made in the Staffordshire district of England in the early-to-mid 19th century, and given as gifts to good children or rewards of merit. They were used to aid in the education and moral training or youngsters. The images were taken from copper plate engravings first used in early primers.

Condition is very good. Clean shiny and bright.  A small glaze flake off the outer rim, an under the glaze flake natural to the making and the beginnings of a hairline off the rim  Three normal stilt marks to the front.  A rare exceptional piece. 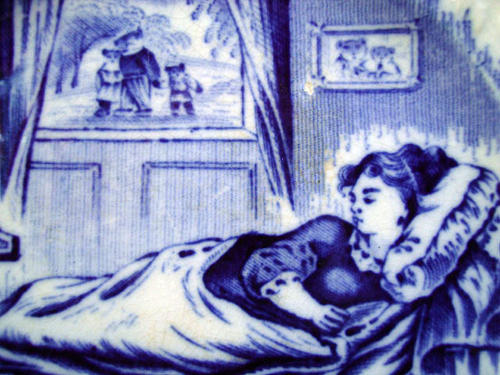 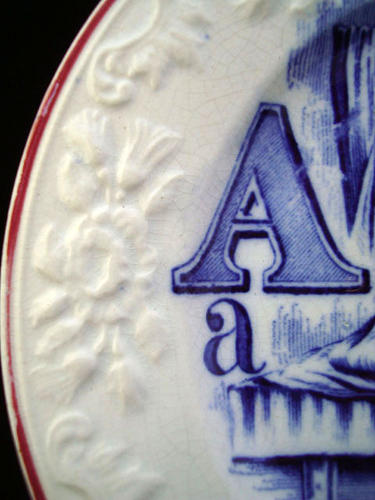 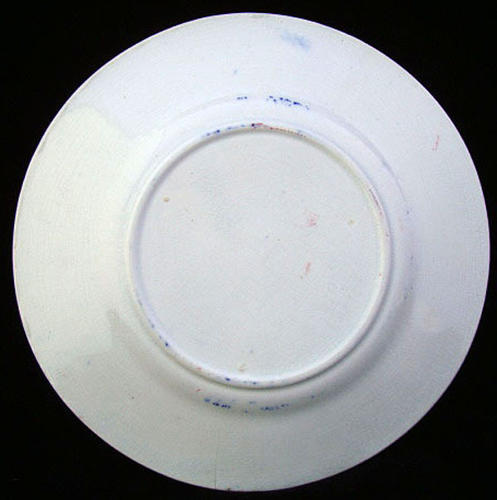