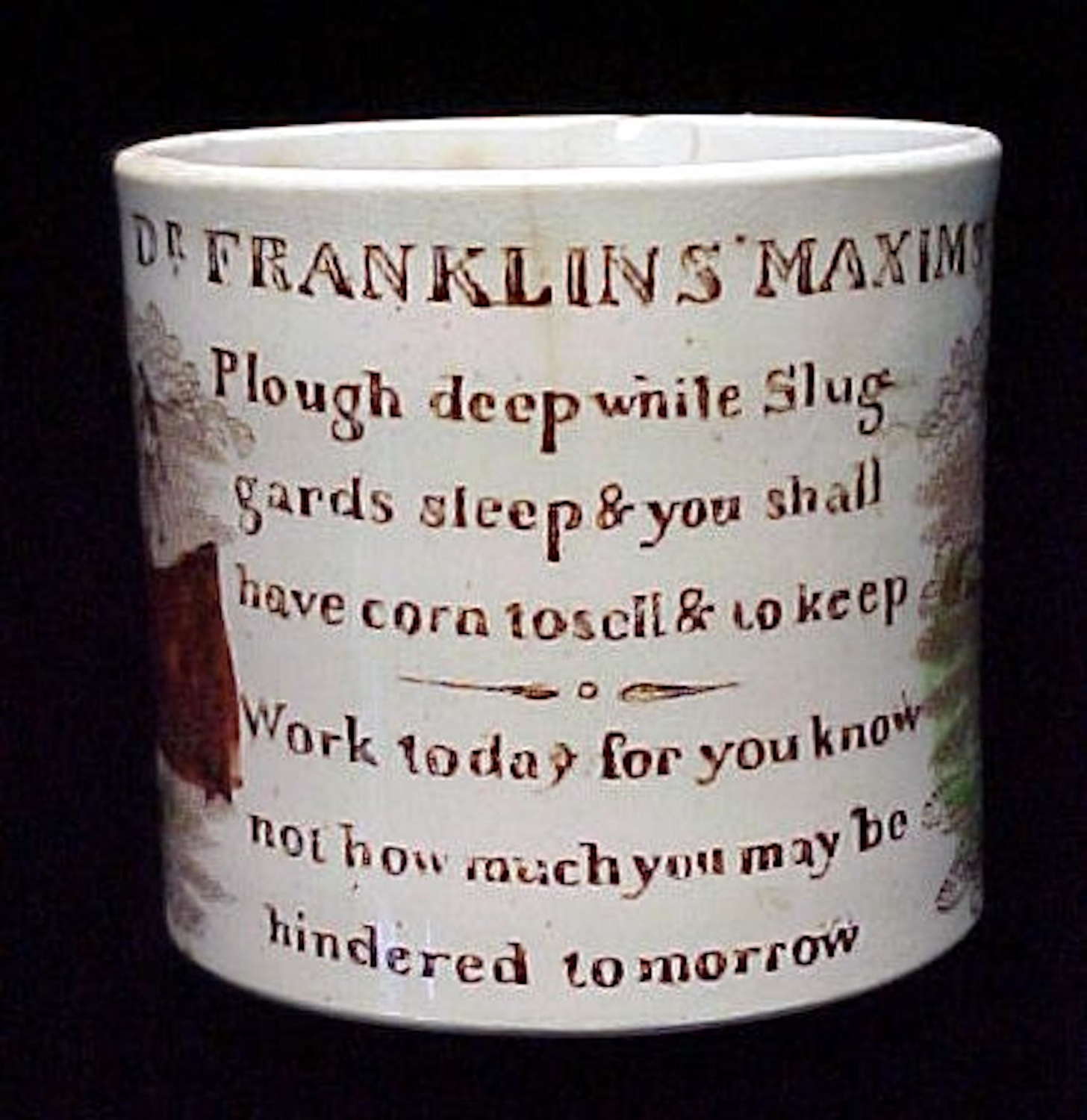 Benjamin Franklin created a character, Poor Richard, and whose real existence was debated humorously and seriously. Scattered among the calculations, were many crisp sayings introduced by the phrase "As Poor Richard says," -- sayings which have taken their place among the maxims of the world.

and you shall have corn to sell and to keep.

Work today for you know

not how much you may be hindered tommorrow.

The piece is unmarked. It most certainly was made in the Staffordshire district. Mugs like this were made as gifts for good children and rewards of merit, used to aid in children's education and moral training, and to encourage their imaginations in the early to mid-19th century.

The mug is in great condition. A tinty ding to the underside of the footrim and a glazed over chip near the handle both in the making of this mug. 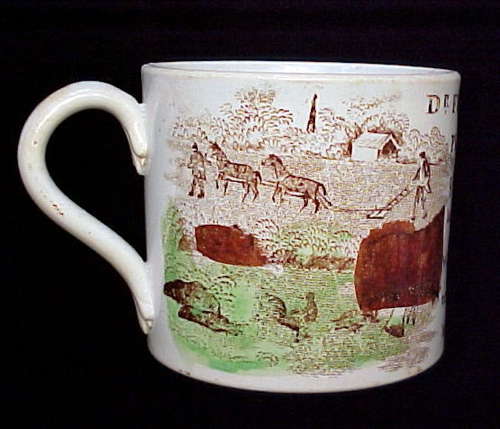 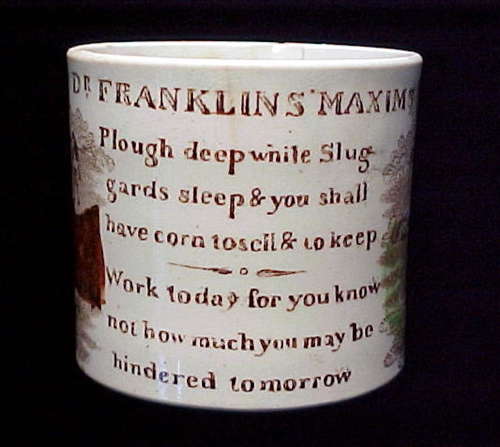 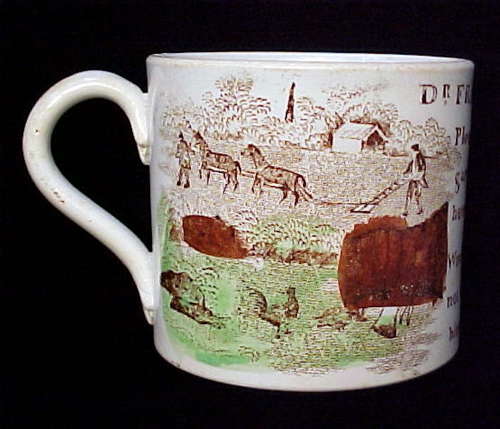 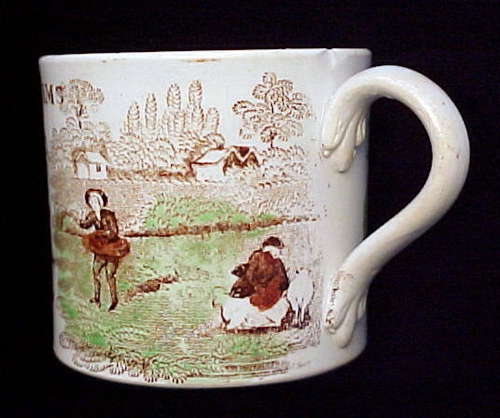