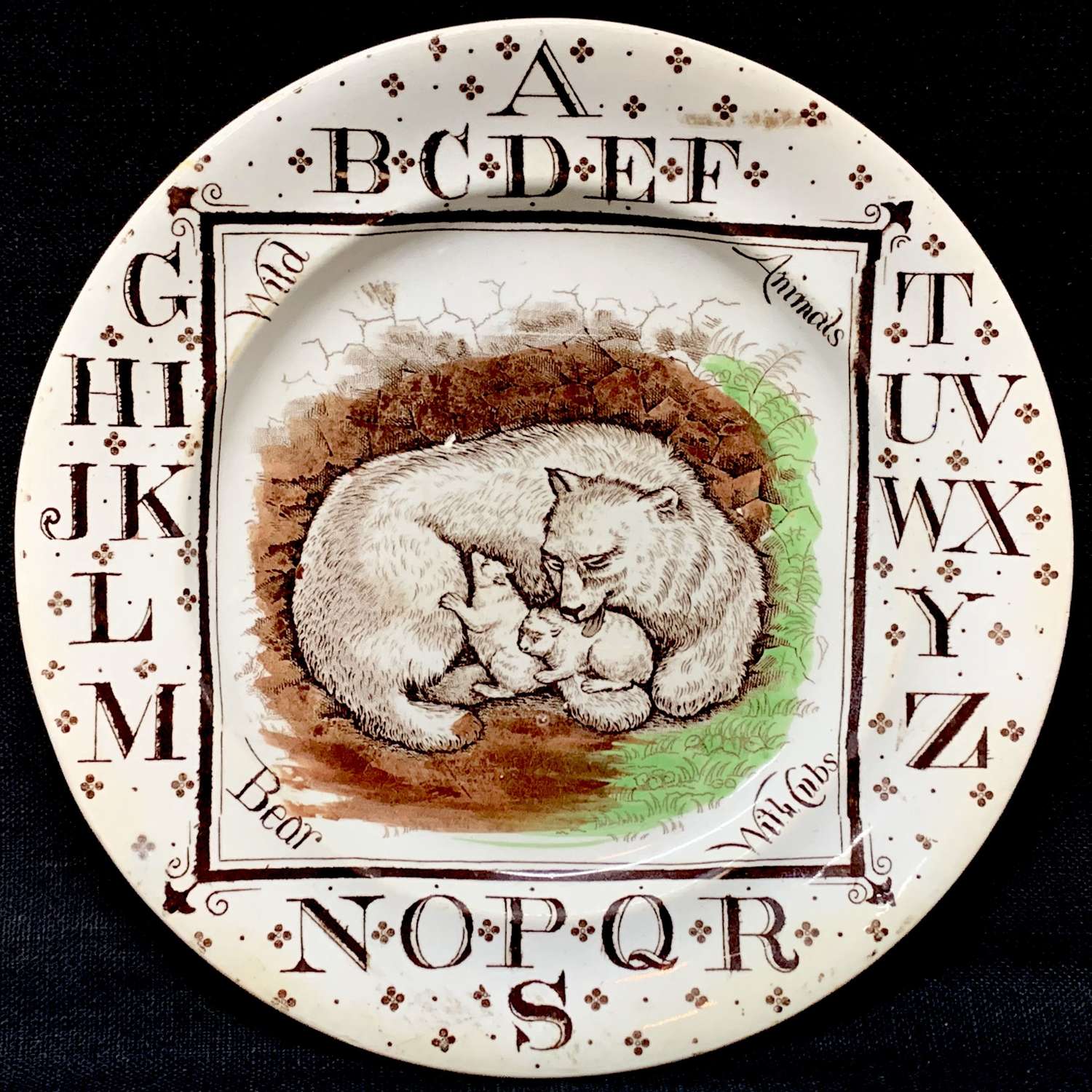 This large 7 1/2 " alphabet plate has a crisp image transfer printed in rich dark bittersweet chocolate brown with great color polychrome hand painting in cinnamon brown and bright green.  In addition to the entire ABC alphabet transfer with the classic Brownhills decorative clover transfer, this plate has a central cartouche of a mother Polar Bear nursing and preening and cleaning her two young cubs.  Such a sweet image.

The image is part of the Wild Animals series coveted by collectors.  This transfer, rarely seen on the market, will be a special abc plate in your collection.  Plates like these were given as gifts to children on special occasions and were used as educational tools, as well. A lovely addition to your ABC collection.

The piece is marked on the underside with an impressed registration mark, the pattern name and trademark that identifies the maker as Brownhills, a pottery maker working in Cobridge in the Staffordshire region of England during the 19th century.

Never Used.  The piece is in great condition.  No chips, no cracks, no hairlines and no repairs. 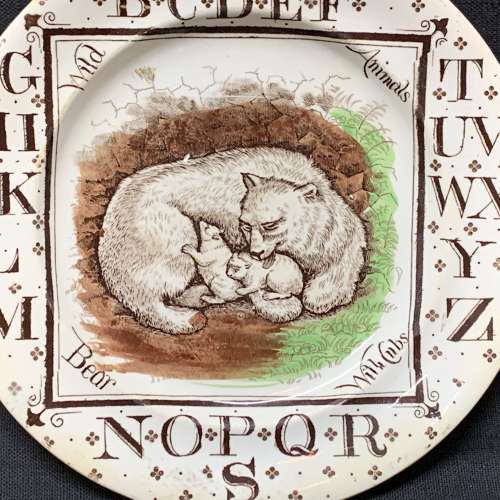 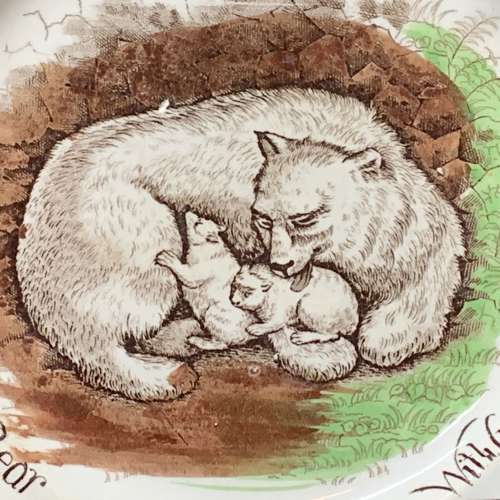 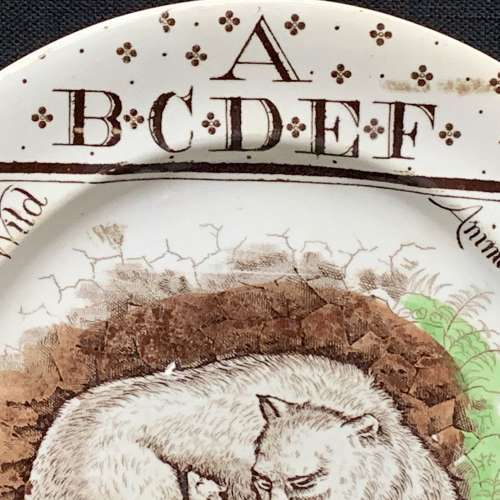 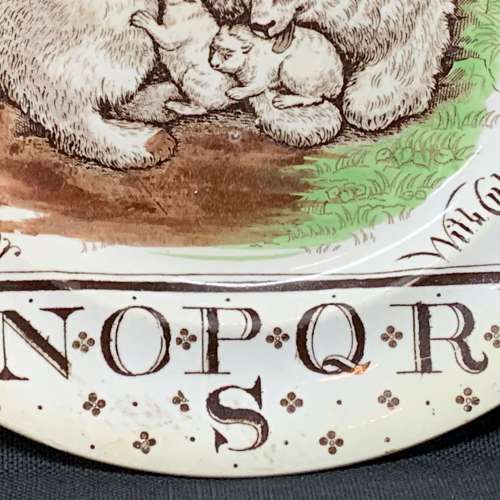 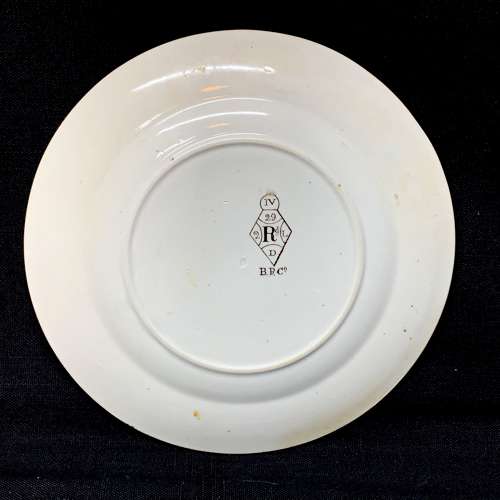