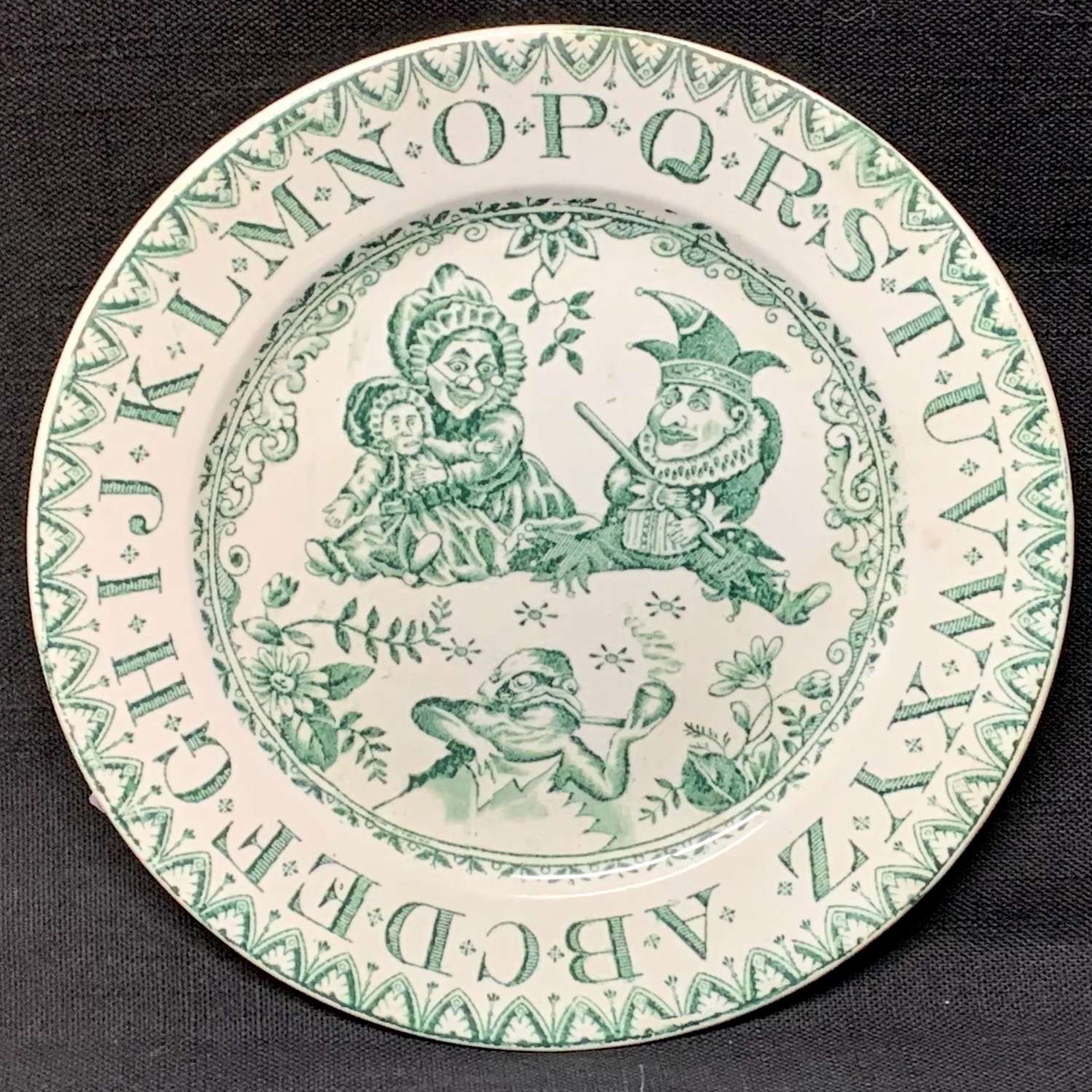 This is a large 7 " child's transferware Alphabet plate , circa 1840.  The plate is light weight and beautifully potted with a pearlware glaze.

It is transfer printed in a good dark green.  The plate features the fabulous characters from the Punchinella puppet show (dating back to Italy in the early 17th century) of Punch, Judy and baby, along with a fanciful pipe-smoking frog. These fanciful characters are surrounded by an aesthetic display of flowers and geometrical whimsies.

The pattern name is "Punch". It was made by Charles Allerton & Sons, a pottery manufacturer in the Staffordshire region of England who was well known for his whimsical children's tea sets. The plate is marked with the pattern and maker's name.

Plates like this were made as gifts for good children and rewards of merit, used to aid in children's education and moral training, and to encourage their imaginations in the early to mid-19th century. The images were taken from copperplate engravings used in children's books of the same period.

The condition of this ABC plate is great, clean and bright.  Nicely potted and the transfers were applied with a good deal of attention to detail.   Normal stilt marks. 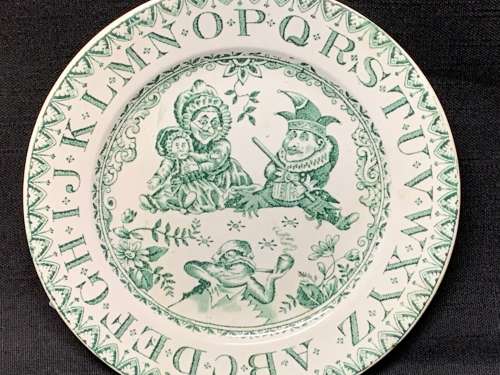 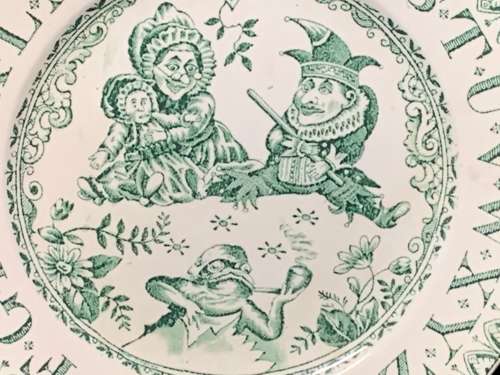 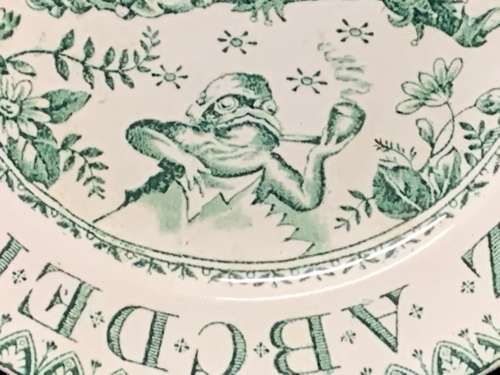 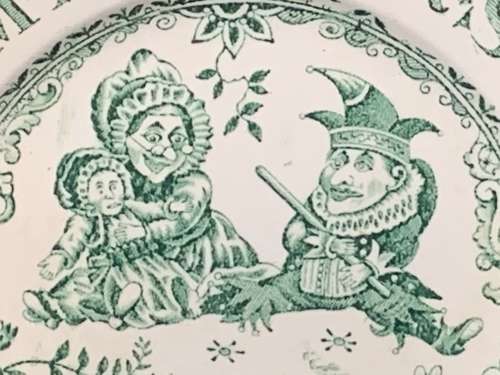 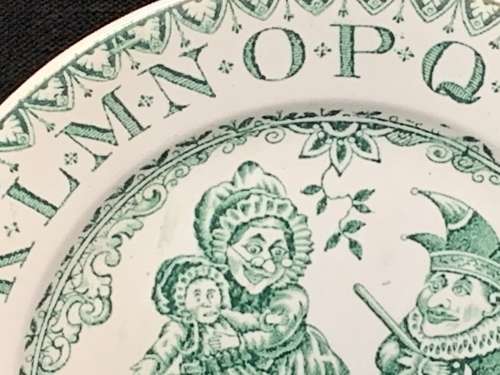 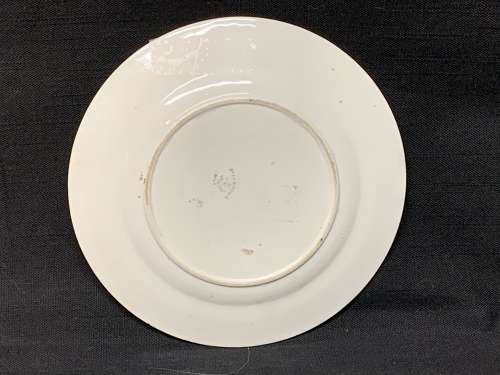