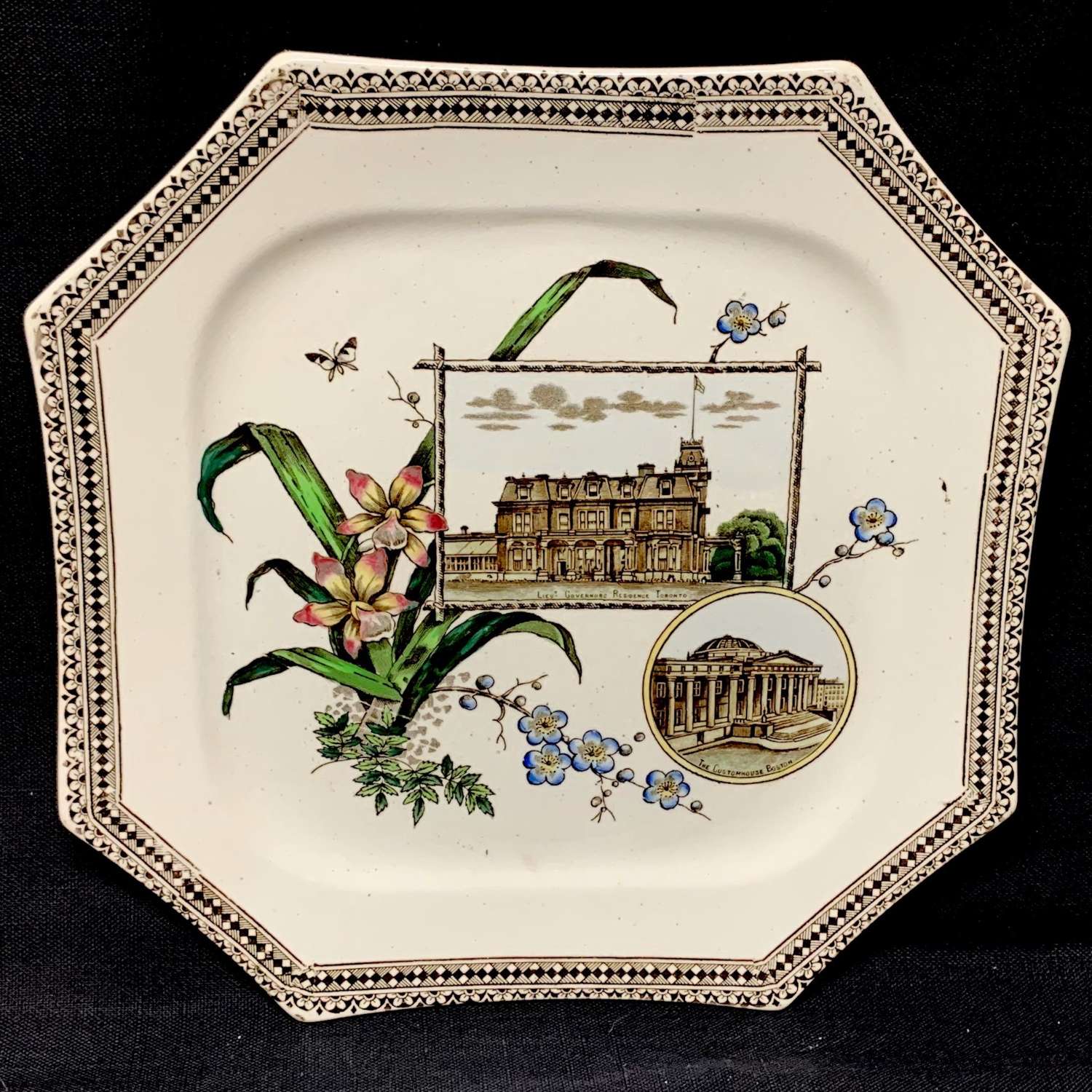 The pattern features exotic blooming orchids and wildflowers mixed with fern fronds.  Two fabulous cartouches, one of The Customs House in Boston.  It was designed in a neoclassical style by architect Ammi Burnham Young.  This building was a cruciform (cross shaped) Greek Revival structure that combined a Greek Doric portico with a Roman dome design resembled a four-faced Greek temple, topped with a dome.

The other is of The Lieutenant Governors Residence in Toronto.   In 1868 a grand vice regal residence was built in downtown Toronto, designed in the Second Empire style.

Appears to have never been used.  Great condition. 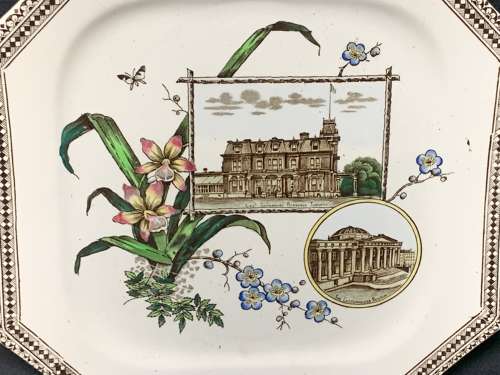 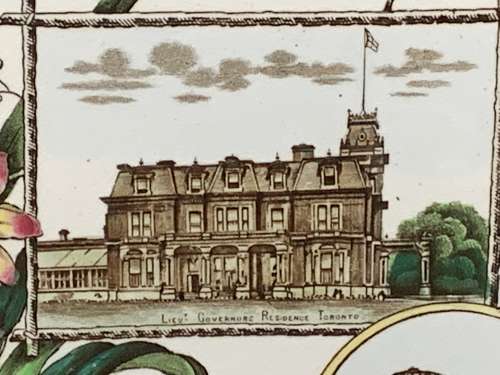 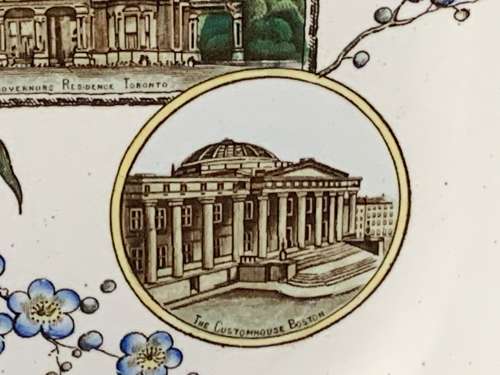 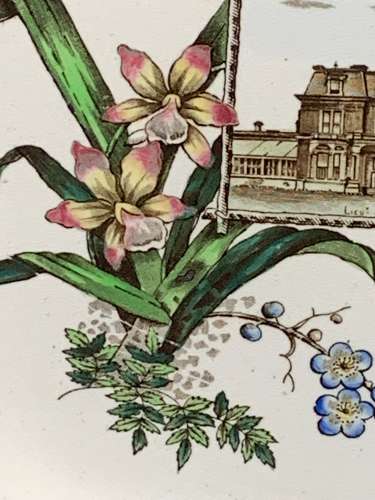 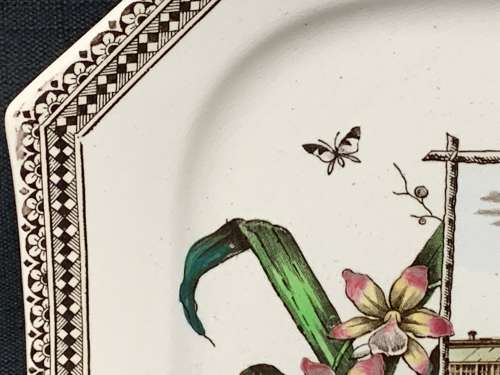 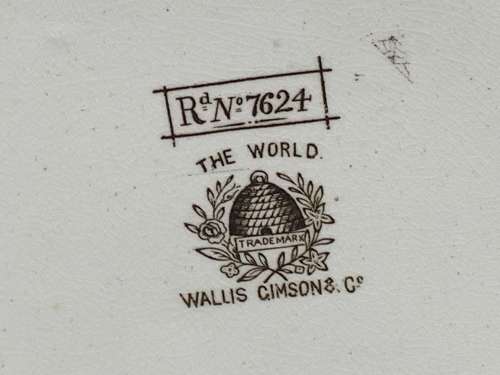 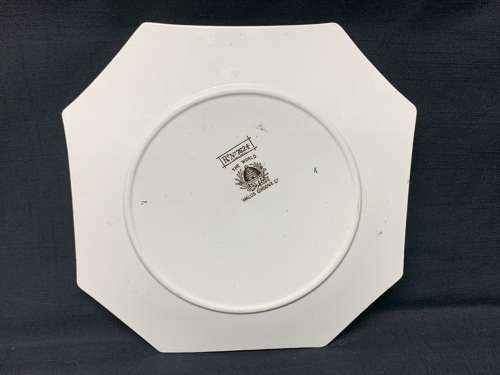