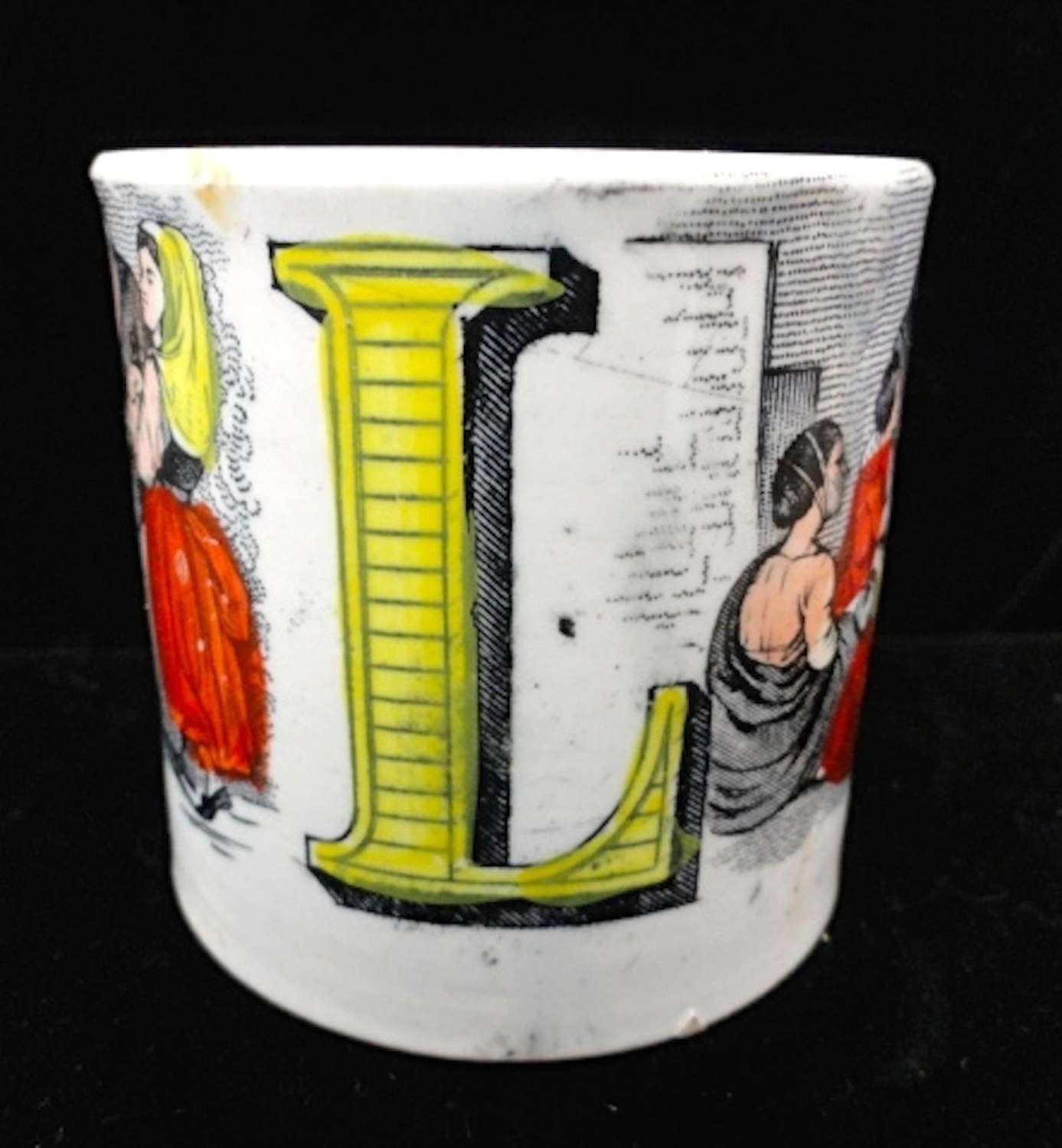 K is for Kindness + L is for Love

U is for Uprightness ~ V is for Veneration

This children's early transferware ABC mug was made as part of a series titled the "Alphabet of Virtues". Each mug in the series has two letters of the alphabet, each representing a religious precept. This mug features the letter K with a woman helping a man and his Dog.  L shows Jesus speaking to children about Love.

The mug stands 2 3/4" tall x 2 3/4" wide with an applied loop handle. Transfer printed in black and hand colored in shades of yellow, red and salmon with pearlware glaze.

Mugs and plates like these were made in the early to mid-19th century to be used as an aid in the education and moral training of young children, and were given as rewards of merit and gifts to good children. The images on this mug are based on source prints from a child's primer book titled "The Alphabet of Virtues" -- we include here photos of the corresponding letters of the alphabet from the primer. 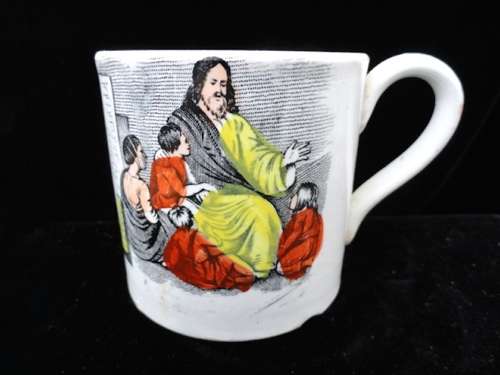 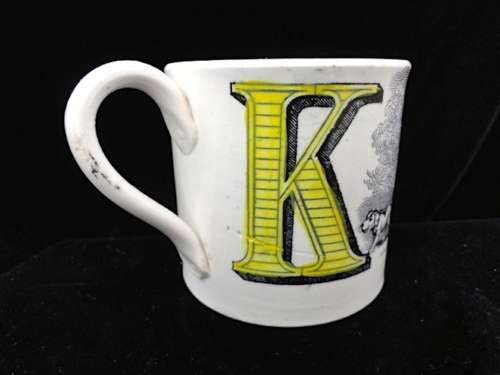 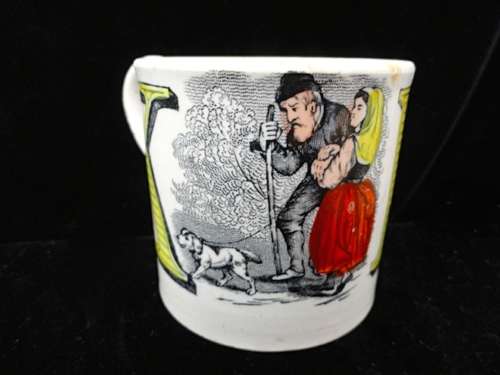 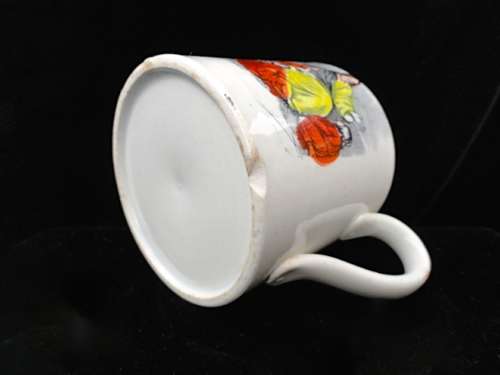