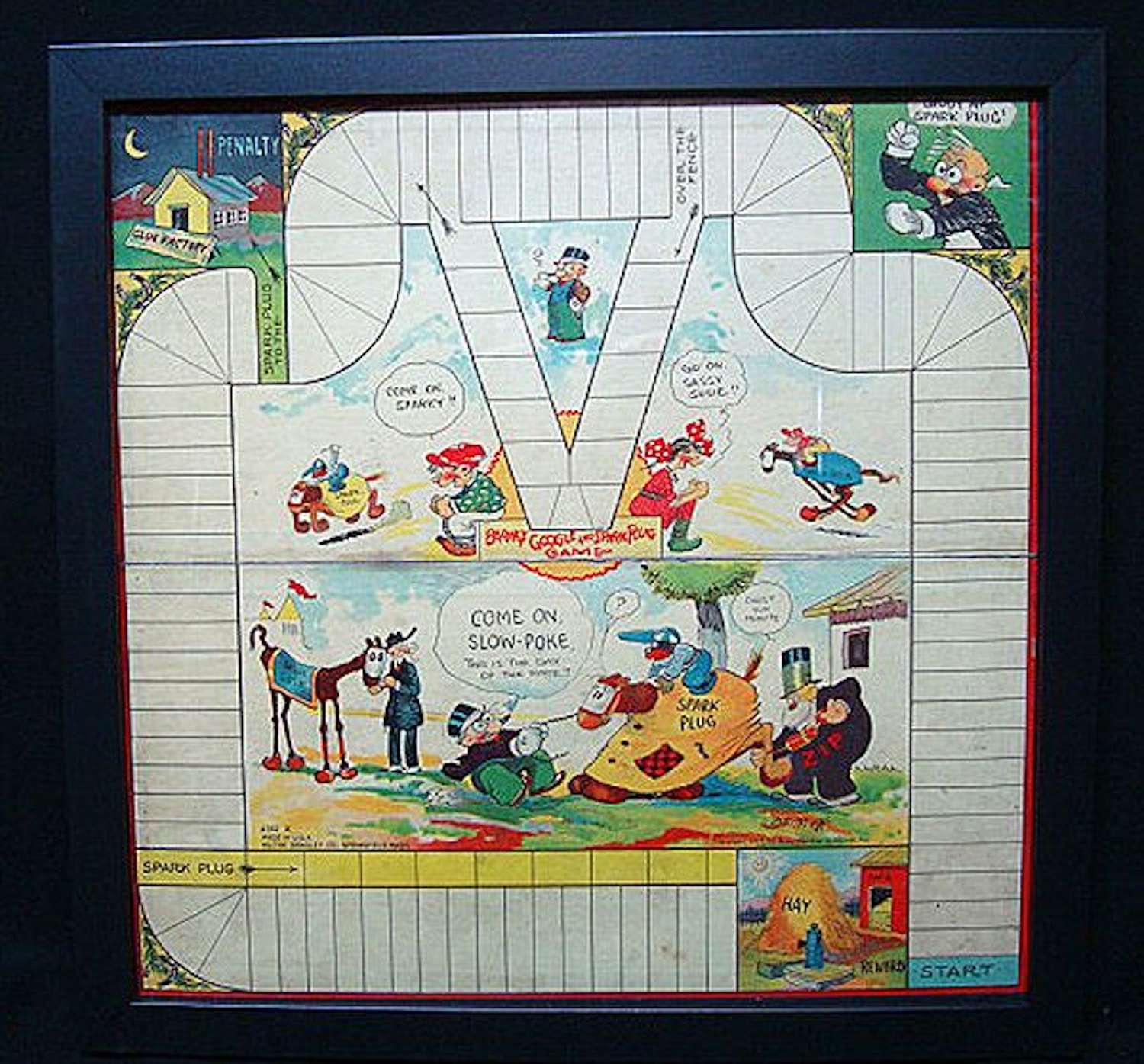 This original game board is framed in a black matte frame measuring 17 3/4 inches x 17 3/4 inches with a protective plexiglass covering.

The game board is filled with early cartoon characters along a race track game. Barney Google and Snuffy Smith is one of the longest-running comic strips in history. Created by Billy DeBeck in 1919, it first appeared in the sports section of the Chicago Herald and Examiner as "Take Barney Google, F'rinstance." It starred the cigar-smoking, sports-loving, poker-playing, girl-chasing ne'er-do-well Barney Google. 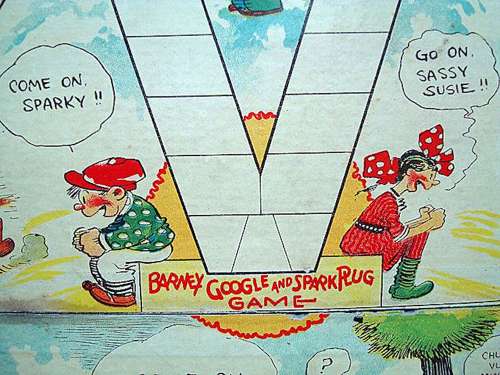 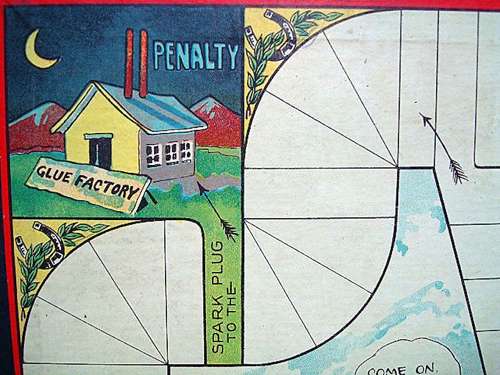 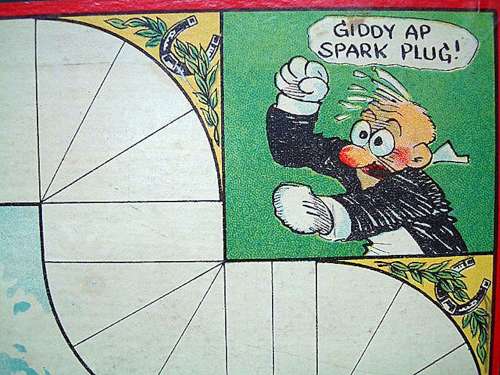 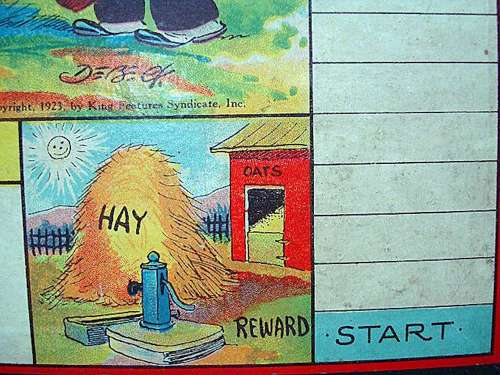 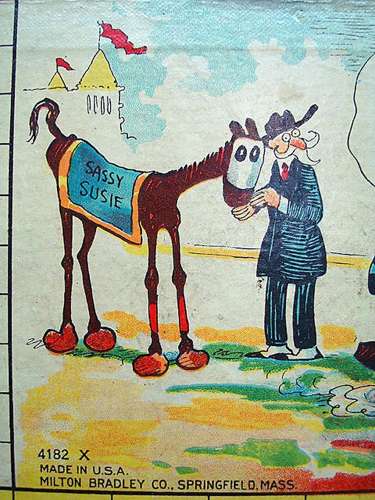 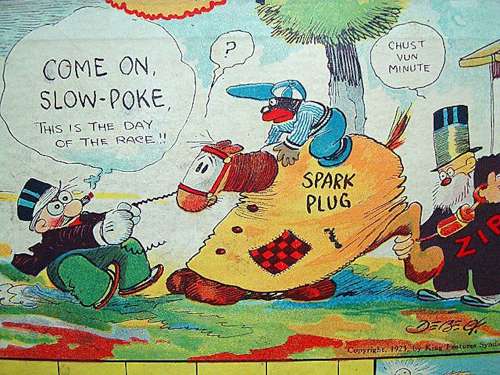 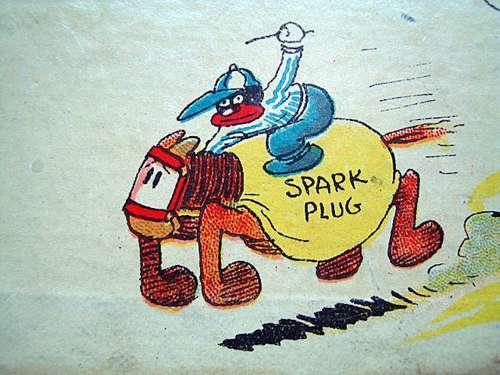 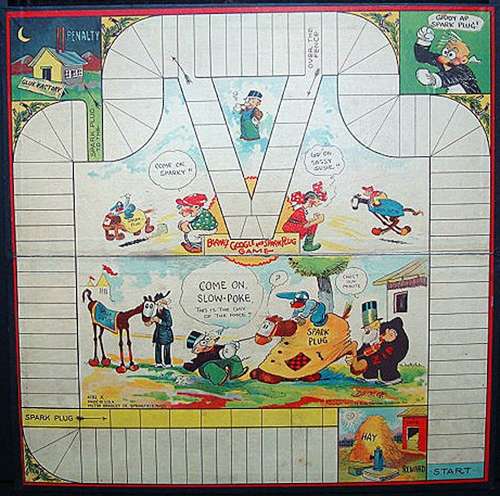