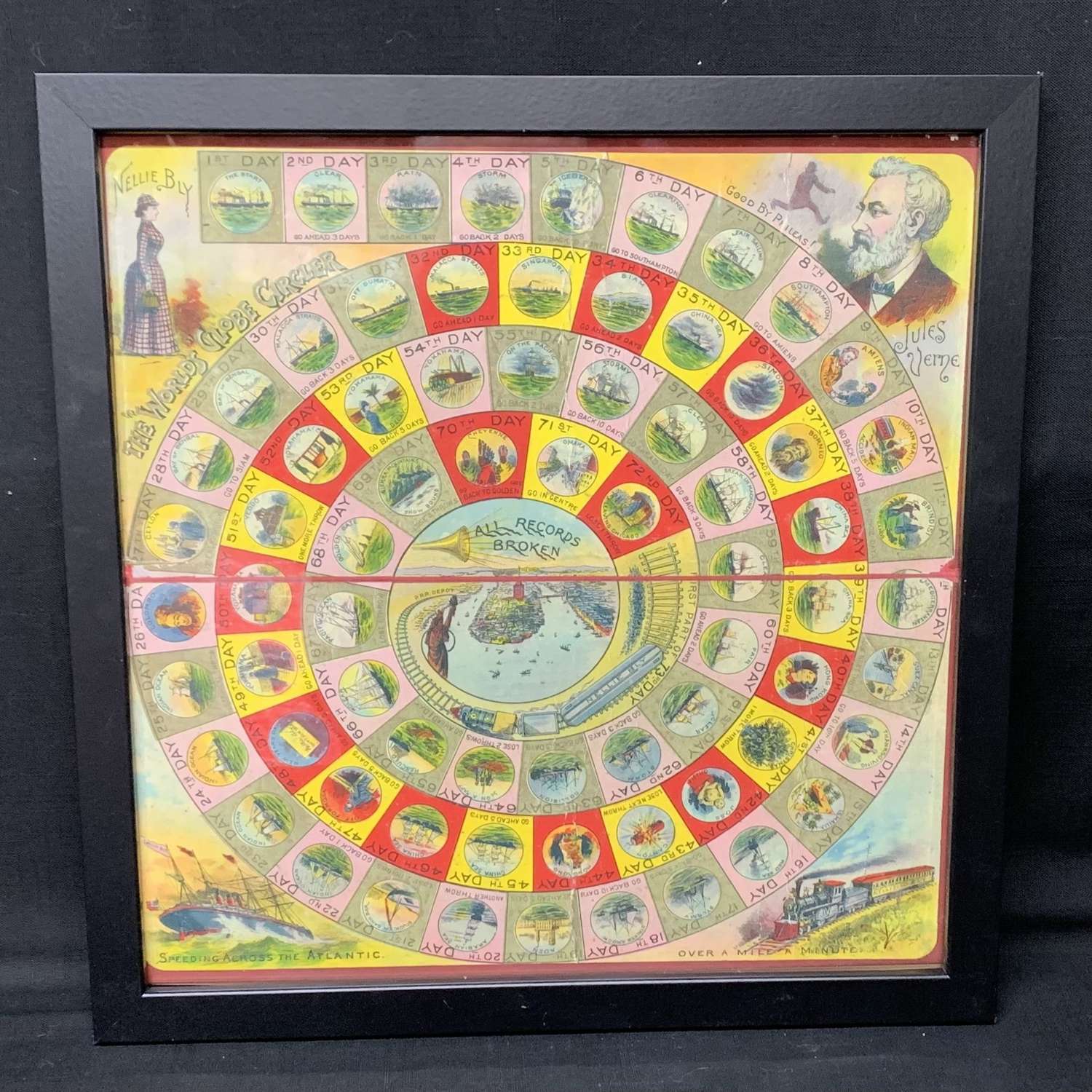 Framed Round The World Game Board ~ NELLIE BLY c1890

ROUND THE WORLD WITH NELLIE BLY

This antique lithographed game board is framed in a new black matte frame measuring 18 inches x 17 1/2 inches with a protective plexiglass covering.

The game board is filled with early graphics and very good colors. The publisher of the game, the famous McLoughlin Brothers, called the game, "A novel and fascinating fame with plenty of excitement on land and sea.: The game is follows the course of the adventures of Nellie Bly, the pseudonym for the American journalist Elizabeth Cochrane. In 1889, she sailed around the world in 72 days, breaking the previous "record" set by Phineas Fogg the character in author Jules Verne's Around the World in Eighty Days.

Game based upon the legendary, 72-day trip around the world accomplished by 25-year-old Elizabeth Cochrane (aka Nellie Bly) in 1889/90, a feminist reporter for the New York World. Her feat, inspired by the fictional trip in Jules Verne's Around the World in 80 Days, created a media sensation, and many considered her to be the most famous woman in the world. Her trip also brought new interest to the Verne's novel. 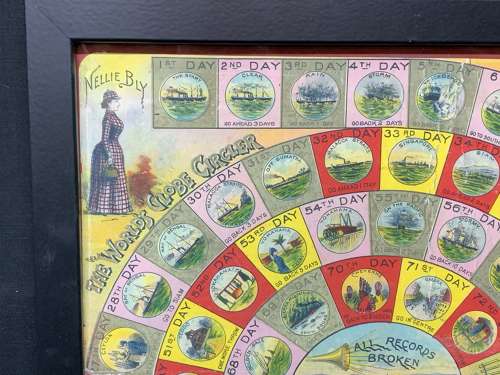 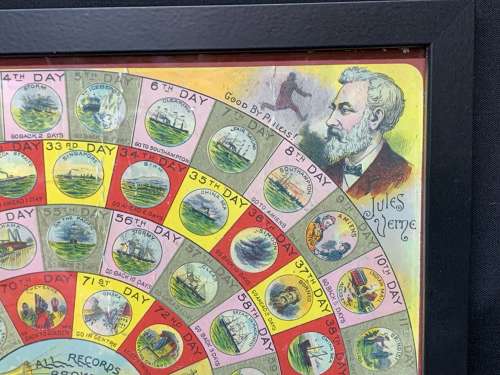 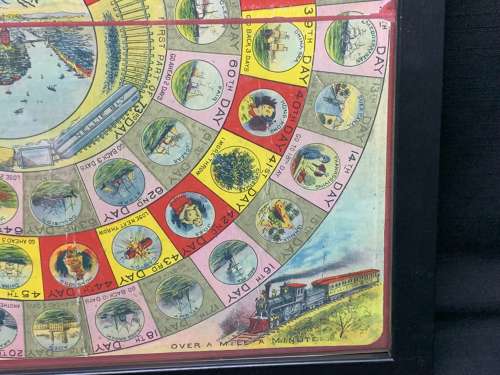 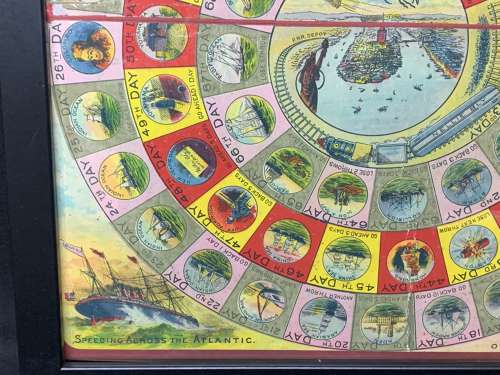 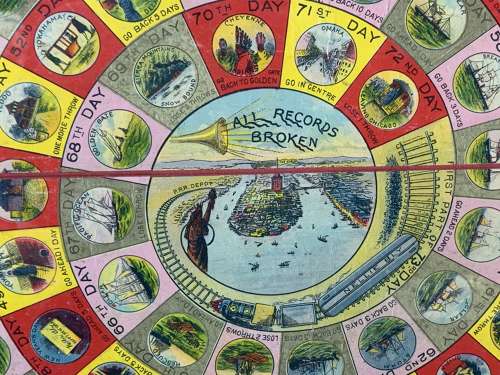 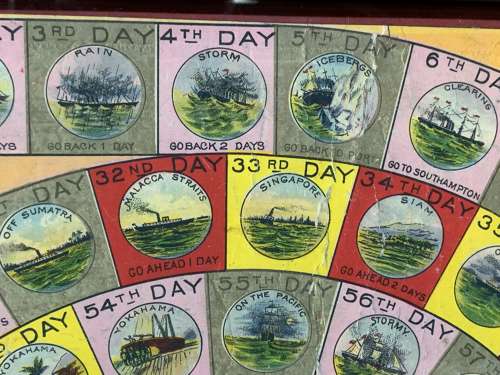 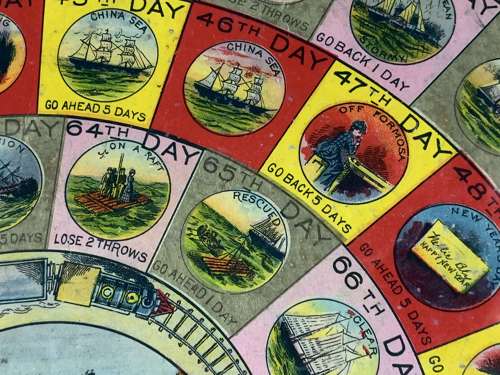 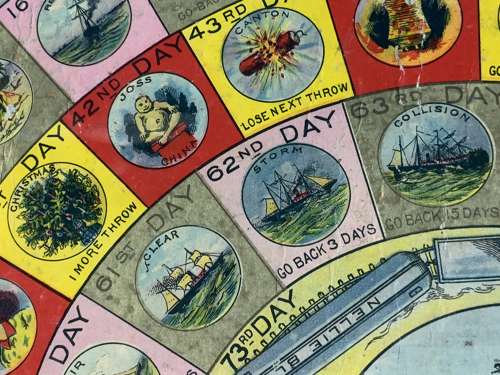 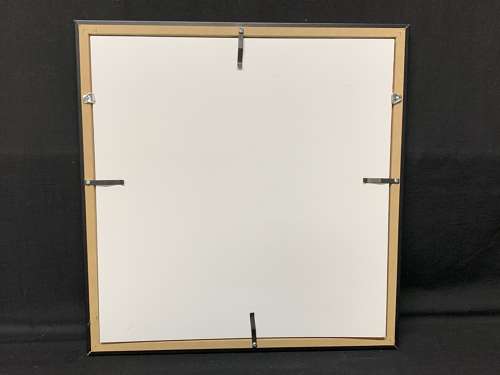