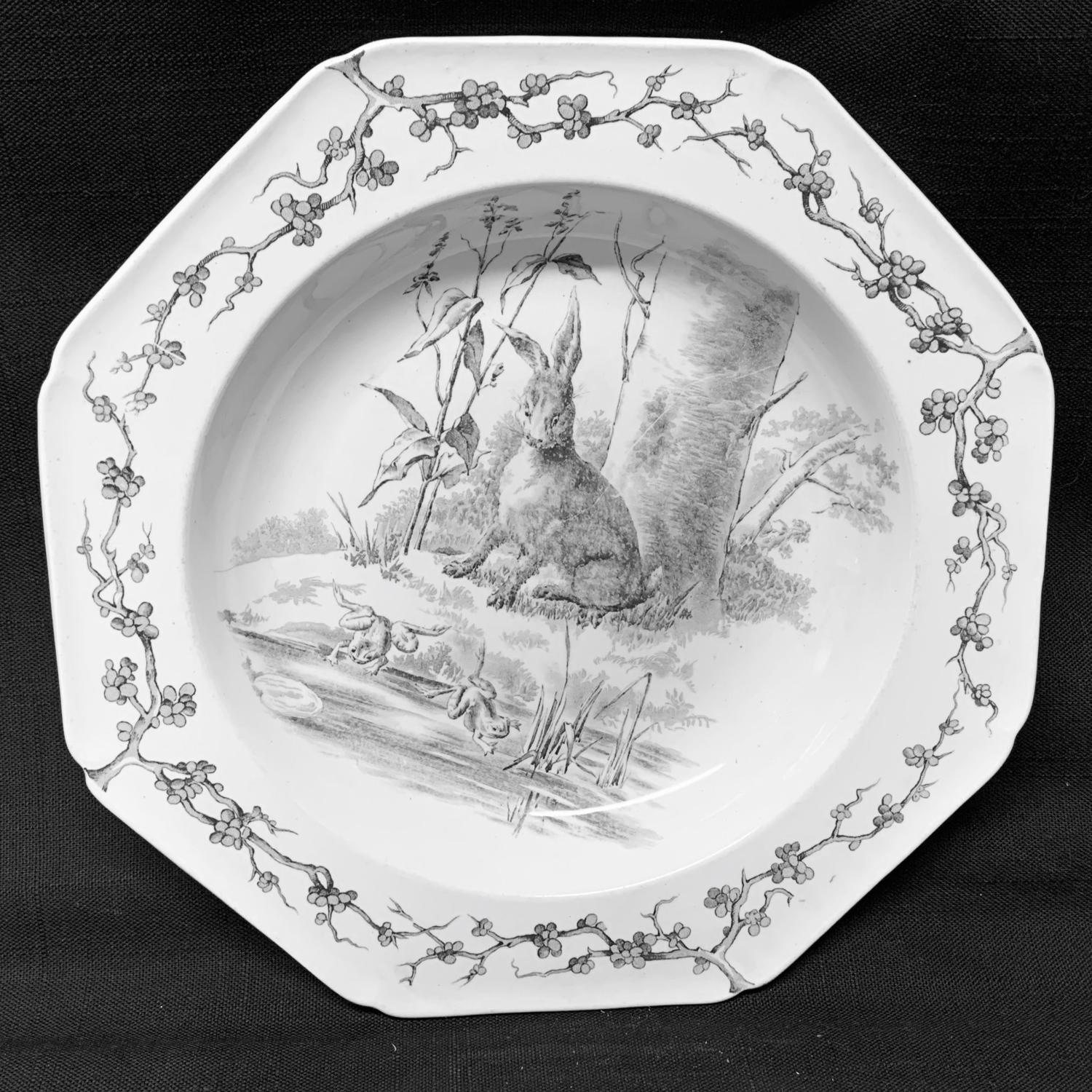 This is a superb and quite scare transferware plate was made around 1880. The plate measures 10 1/2 " in diameter. The plate is finely potted. The decoration is based on a woodcut etching from the highly coveted Nature series made by Brown Westhead and Moore, most commonly found on architectural tiles. It is decorated in dark grey black.  The central image features a Hare startling a pair of Frogs. The fable:

The Hares were so persecuted by the other beasts, they did not know where to go. As soon as they saw a single animal approach them, off they used to run. One day they saw a troop of wild Horses stampeding about, and in quite a panic all the Hares scuttled off to a lake. But just as they got near the bank of the lake, a troop of Frogs, frightened in their turn by the approach of the Hares scuttled off, and jumped into the water. "Truly," said one of the Hares, "things are not so bad as they seem.

LESSON: There is always someone worse off than yourself. 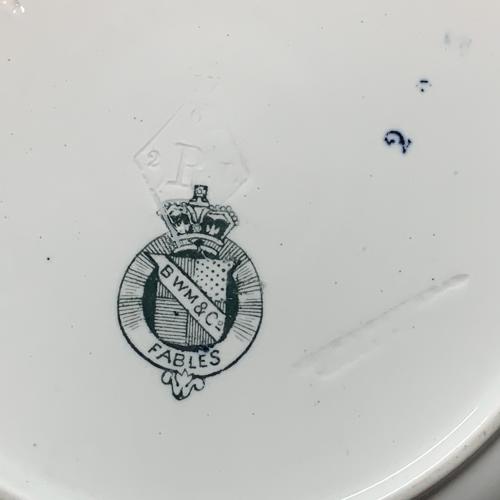 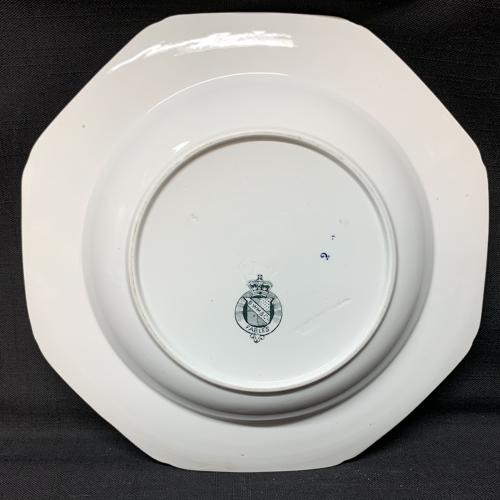