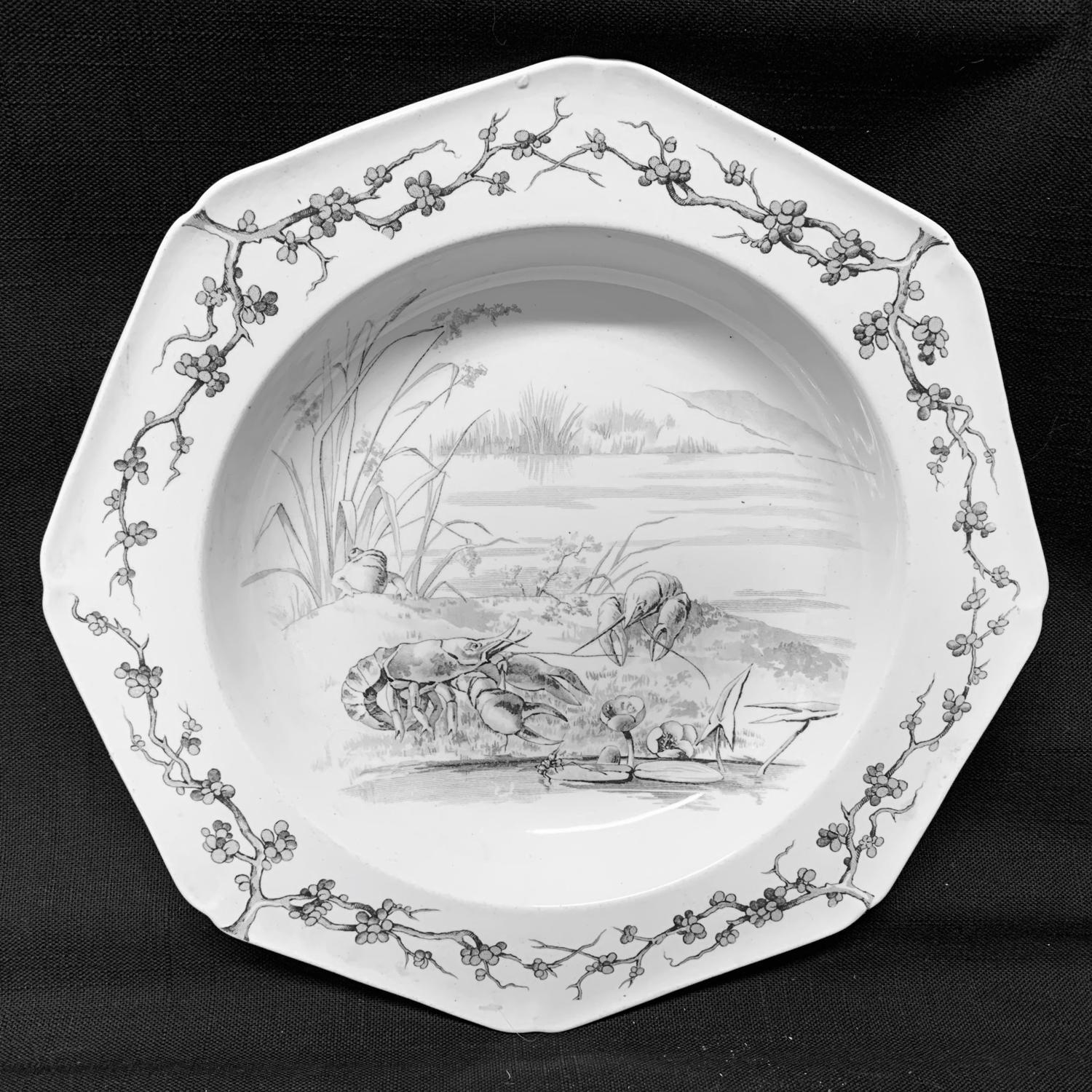 This is a superb and quite scare transferware plate registered around 1880. The plate measures 10 3/8 " in diameter. The plate is finely potted. The decoration is based on a woodcut etching from the highly coveted Nature series made by Brown Westhead and Moore, most commonly found on architectural tiles. It is transfer printed in a grey black.

THE LOBSTER AND HIS MOTHER. A greenish young Lobster crawling along the Strand with his mother (who, being old and learned, had attained to a deep Blue complexion), was struck by the appearance of a specimen of his own tribe - evidently laid out for show - whose shell-jacket was of a brilliant red. Young, ignorant, and vain, he viewed the dazzling spectacle with admiration and envy.

"Behold," he said, addressing his parent, "the beauty and splendour of one of our family, thus decked out in glorious scarlet. I shall have not rest till I am possessed of an appearance equally magnificent. How can I bear to see myself the dingy object I am at present, mingling undistinguished with our race?"

"Proud and heedless idiot," replied the hard old lady, "this same tawdry finery you so earnestly covet, is but too easily obtained. In order to possess this appearance it is only necessary to be boiled."

Moral. When the Recruiting Sergeant tempts you with the scarlet uniform, he says nothing about getting you into hot water.

The plate is in EXCELLENT condition, with no chips, cracks, hairlines or repairs. 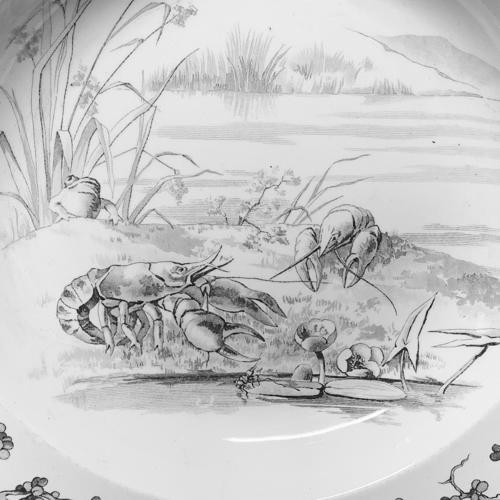 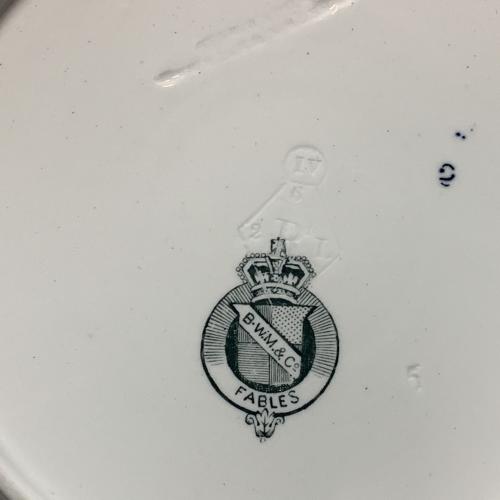 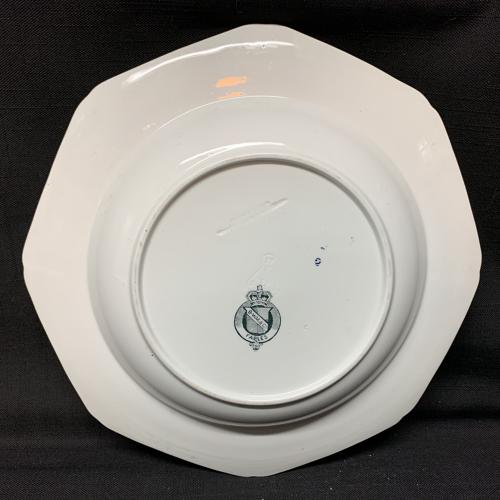