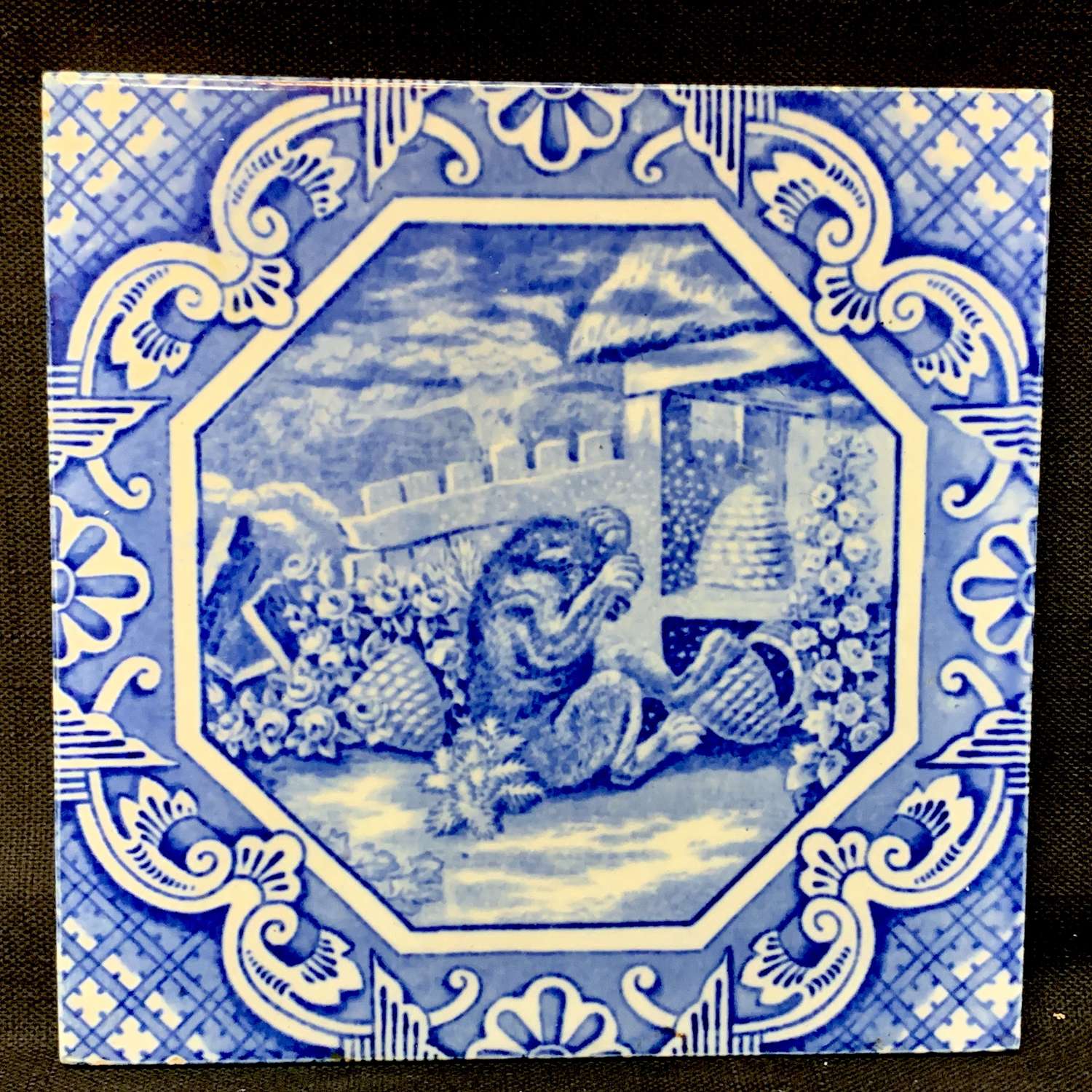 This spectacular Aesthetic movement Victorian transferware tile measures 6 inches square. Transfer printed in a brilliant navy blue. The tile is decorated with an Aesop Fable titled The Bear and the Bees, and illustrates the bear and beehives or bee skeps in this amusing fable:

“A bear came across a log where a swarm of bees had nested to make their honey. As he snooped around, a single little bee flew out of the log to protect the swarm. Knowing that the bear would eat all the honey, the little bee stung him sharply on the nose and flew back into the log. This flew the bear into an angry rage. He swatted at the log with his big claws, determined to destroy the nest of bees inside. This only alerted the bees and quick as a wink, the entire swarm of bees flew out of the log and began to sting the bear from head to heel. The bear saved himself by running to and diving into the nearest pond.”

Moral: It is better to bear a single injury in silence than to bring about a thousand by reacting in anger.

The tile it is in outstanding condition and never used. 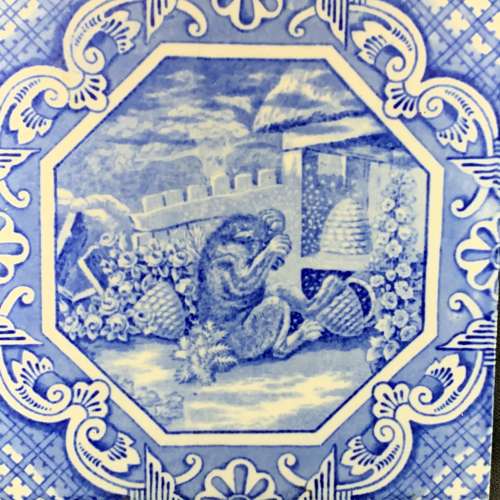 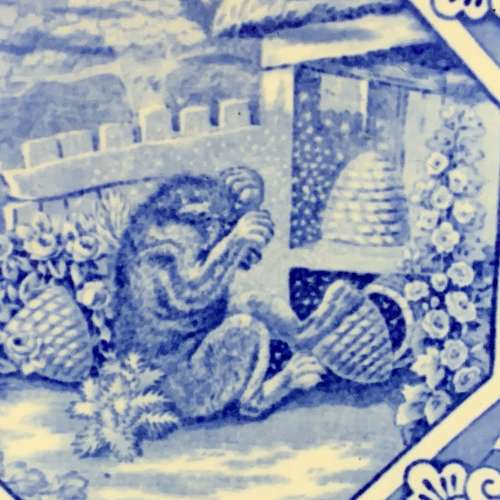 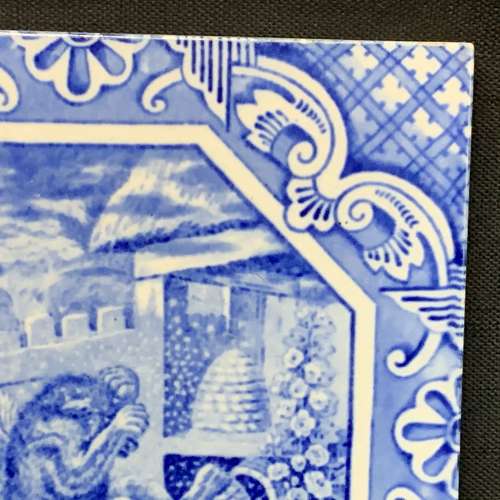 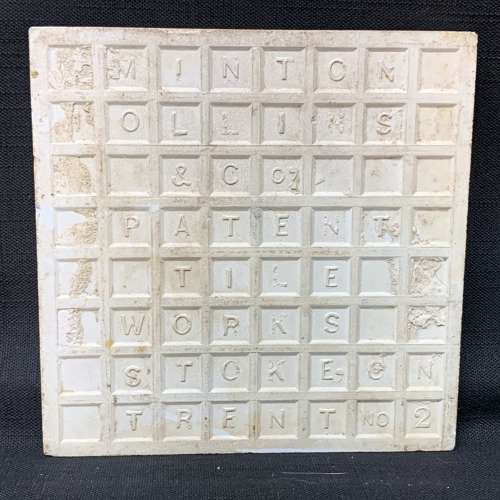