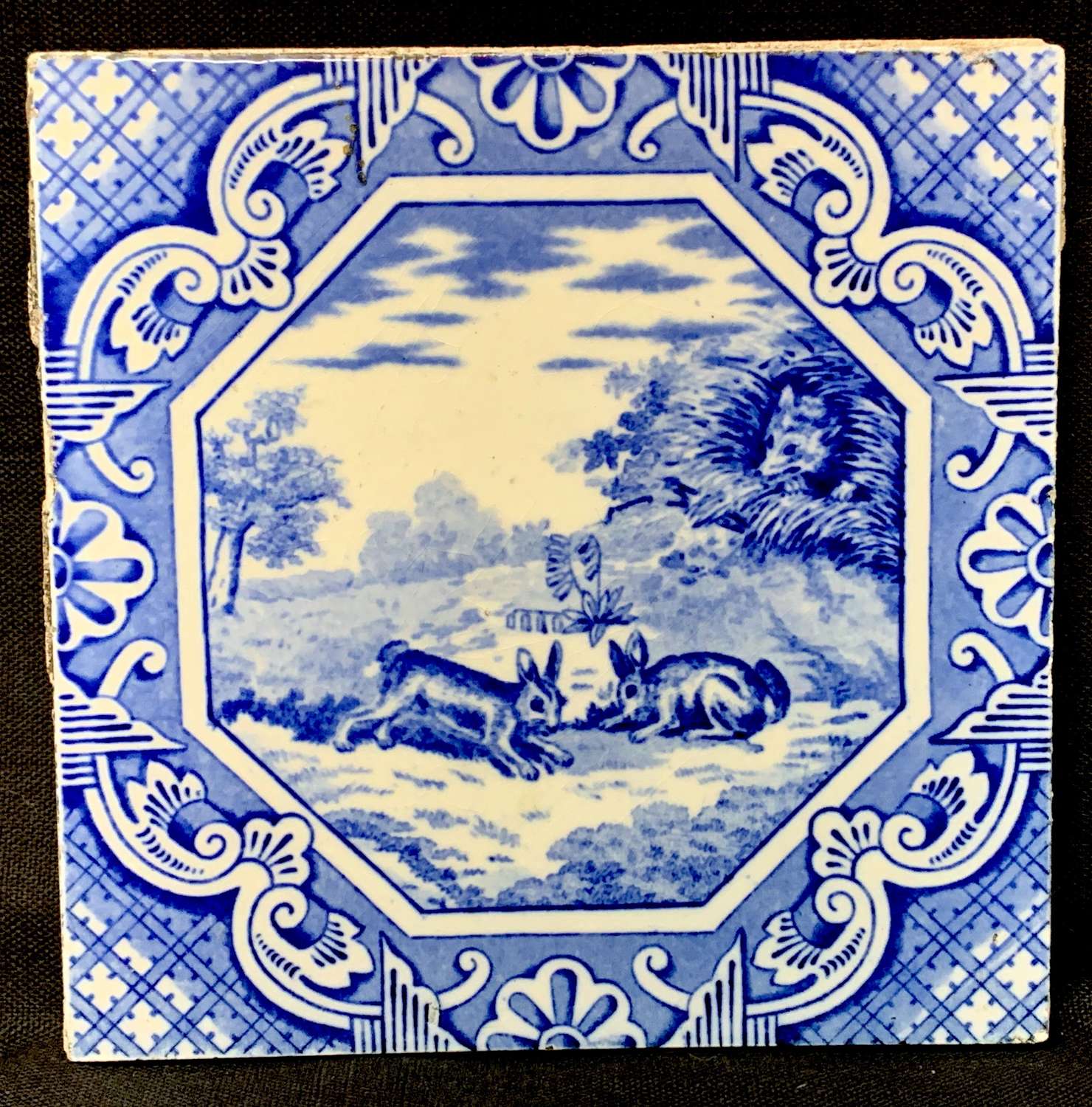 This spectacular Aesthetic movement Victorian transferware tile measures 6 inches square. Transfer printed in a brilliant navy blue. The tile is decorated with a Fox hidden in the brush with eyes on two Rabbits.

Made  by Minton & Hollins. In 1845, Herbert Minton took Michael Daintry Hollins into partnership, and the tile-making side of the business became known as Minton Hollins & Co. Minton was at the forefront of a huge industry supplying the tile needs of institutions and churches, using industrial techniques for producing transfer printed and painted tiles. The firm produced tiles through the 19th century in a vast array of styles, many of them designed by leading artists such as Christopher Dresser, Walter Crane, John Moyr Smith, and William Wise. Aesop Fables tiles were made in several different styles, this being the rarest and most sought after.

The tile it is in great condition. 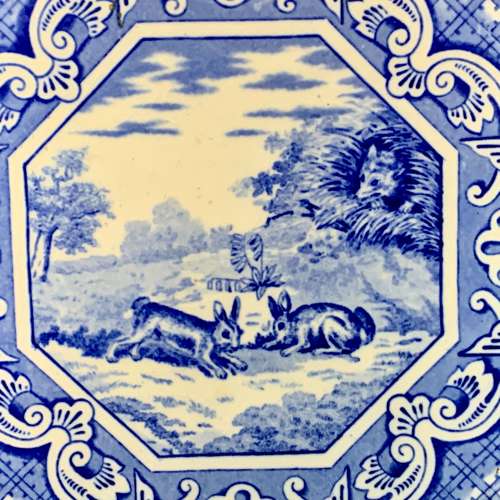 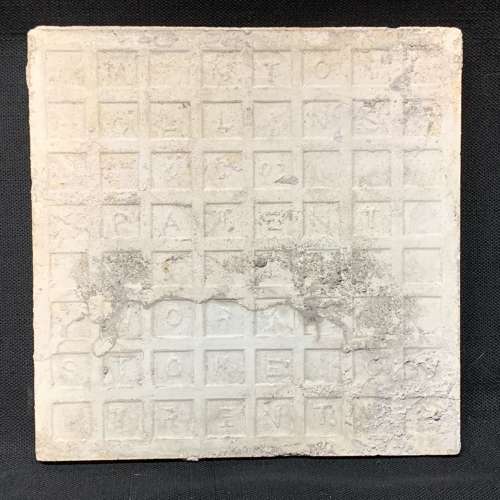