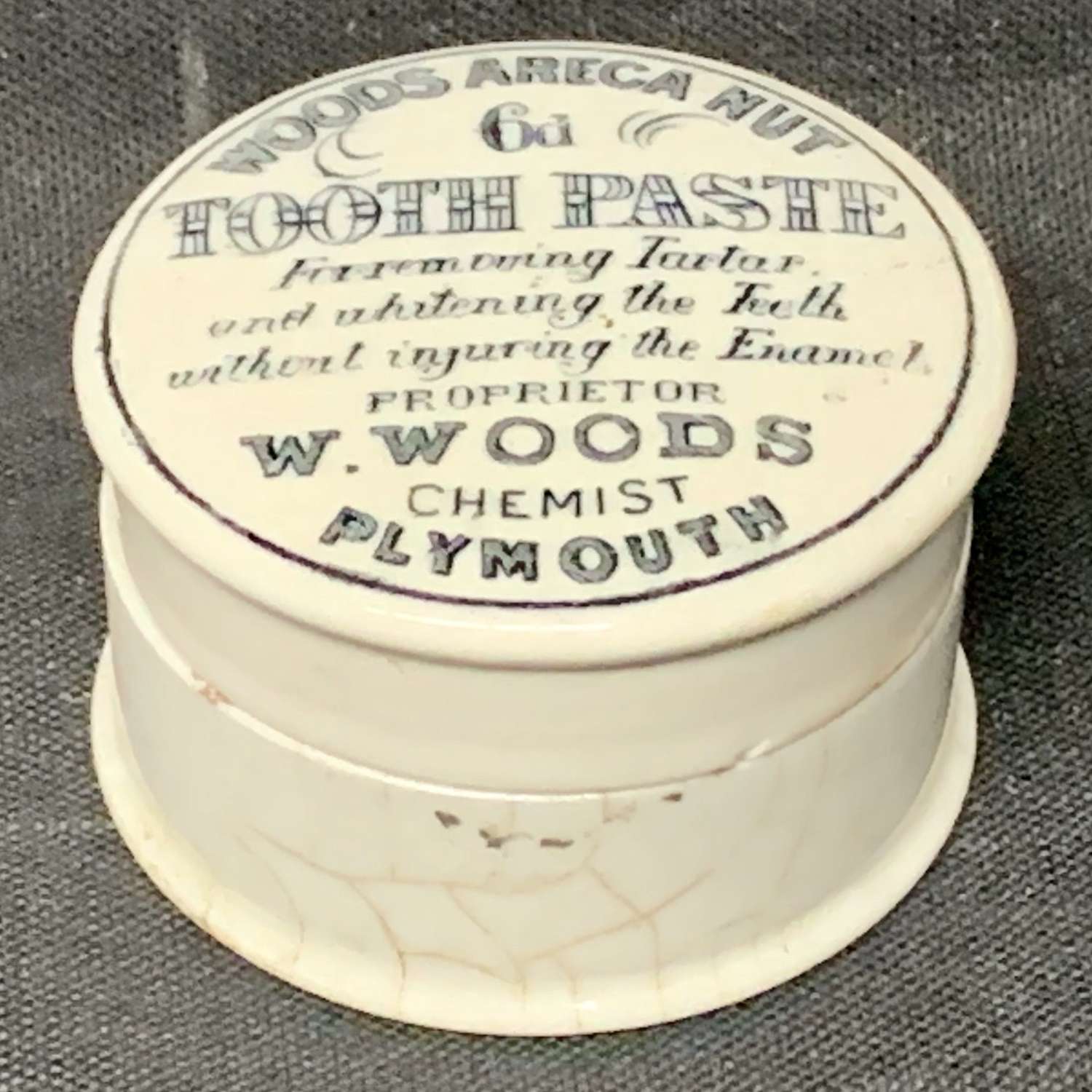 This is a fascinating toothpaste pot, circa 1880, salvaged from a Victorian tip in England. It once contained Areca Nut Toothpaste, one of the early varieties of toothpaste used in Britain. This toothpaste was made and marketed by a chemist named W. Woods, who established himself with a product which became a household necessity. Tooth cleaning first become a hygenic standard in 18th century England, primarily for the upper classes, and was accomplished with a variety of strange tools.

Tooth paste began appearing in the 19th century, and was marketed in these beautiful pots beginning in the 1880s, when nearly every chemist or pharmacist began formulating his own recipe and printing their own pots for advertising. Mr. Woods came up with a popular formulation using ground Areca Nut and cherry extract, which cleaned the teeth with a mild abrasive action. Little did people know, however, that Areca Nut is also an effective deworming agent!

The pot lid and base was made in the Staffordshire district and is transfer printed in black. The attractive lid bears the name of the product, some boastful claims, the name of the chemist and the location of Plymouth.

The little pot measures 2 5/8” wide and stands 1 1/2” tall. It is thinly potted with a precision cut foot and crisp, finely applied transfer.  Glaze crazing and minot age toning.  The base and top may not be a perfect match but they are a good marriage.  It is in remarkable condition especially considering it was buried for about 100 years. 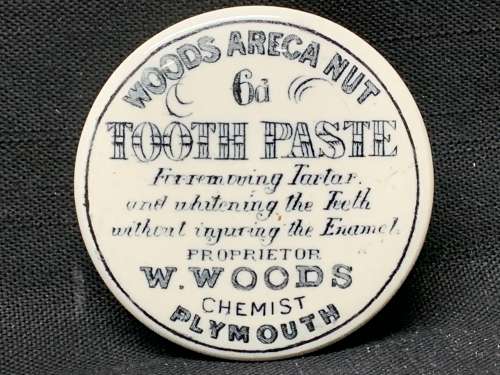 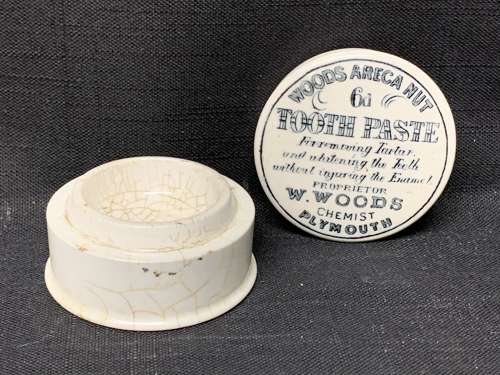 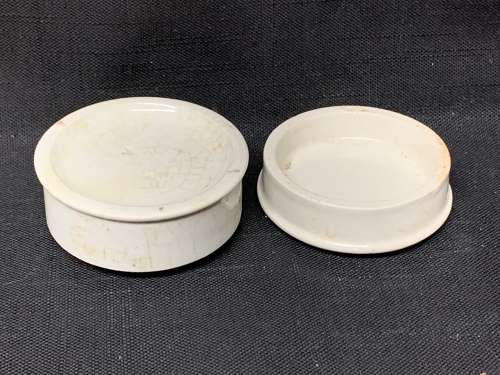