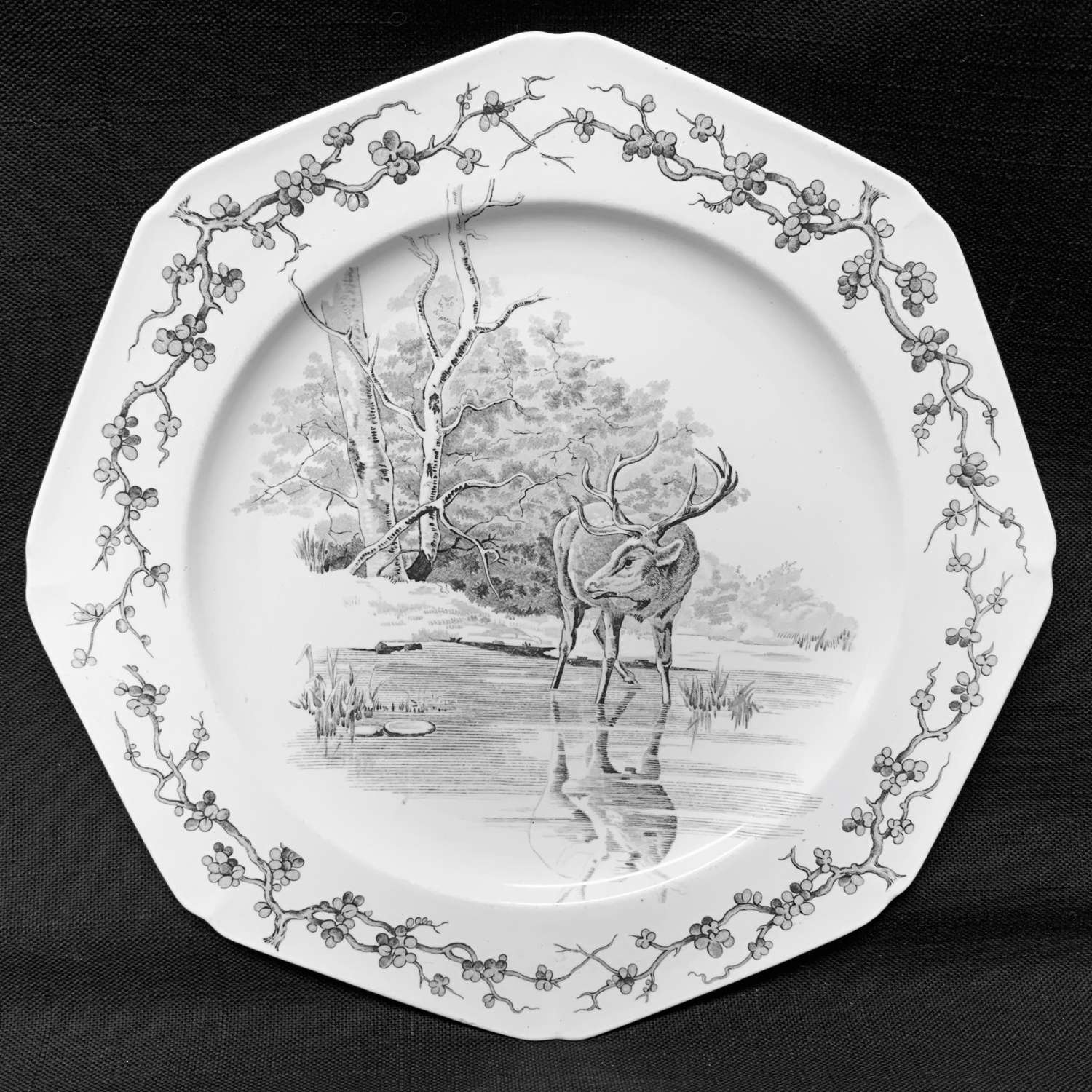 This is a superb and quite scare transferware plate registered around 1880. The plate measures 9 3/8 " in diameter. The plate is finely potted. The decoration is based on a woodcut etching from the highly coveted Nature series made by Brown Westhead and Moore, most commonly found on architectural tiles. It is transfer printed in grey black.

The central image features an antlered Stag admiring his reflection in the water.

THE STAG AND HIS REFLECTION
A stag had grown thirsty and went to a spring in order to drink some water. When he saw the reflection of his body in the water, he disparaged the slenderness of his legs but revelled in the shape and size of his horns. All of a sudden, some hunters appeared and began to chase him. As the stag ran along the level ground of the plain, he outdistanced his pursuers and beat them to the marsh by the river. Without thinking about what he was doing, the stag kept on going, but his horns became tangled in the overhanging branches and he was captured by the hunters. The stag groaned and said, Woe is me, wretched creature that I am! The thing that I disparaged could have saved me while I have been destroyed by the very thing I boasted about.

Moral: Do not praise yourself for something unless it is useful and beneficial.

The plate is in great condition, clean shiny and bright. 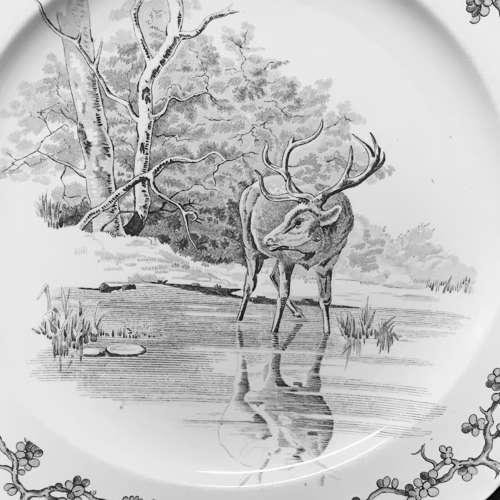 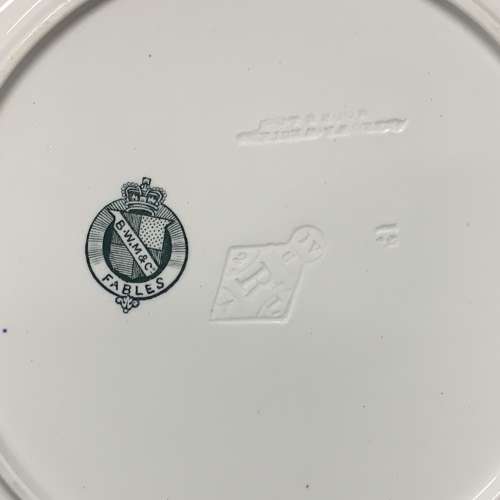 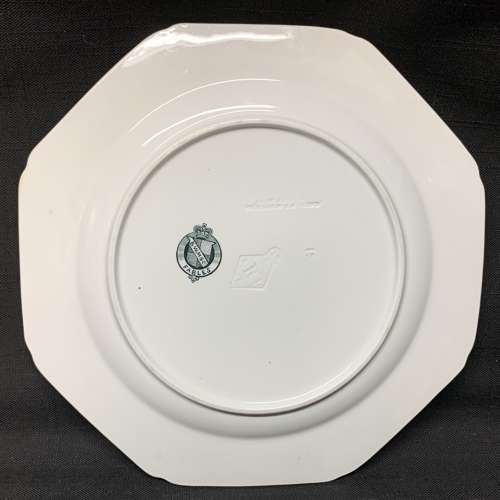