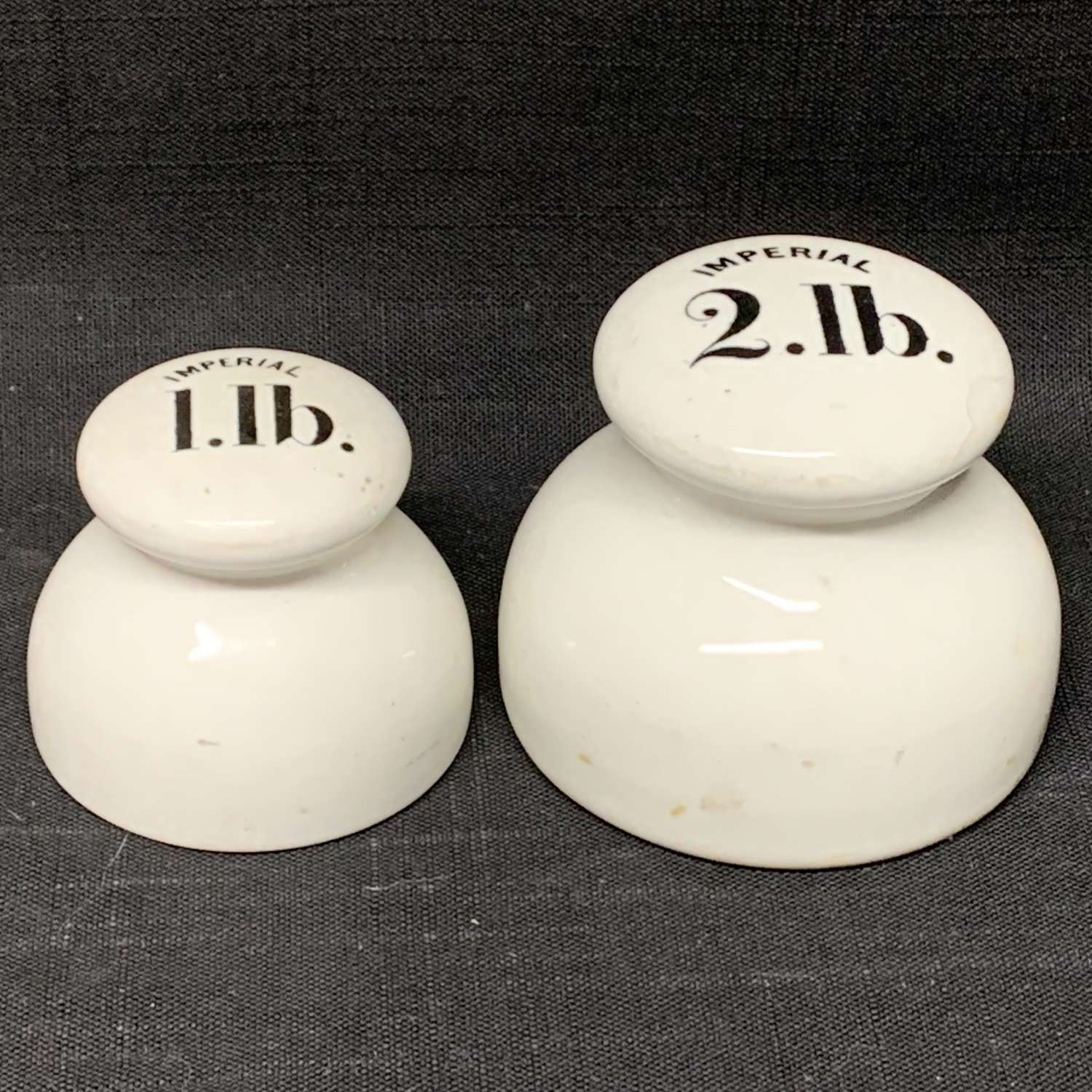 A lovely set of Imperial ceramic and lead grocer / merchant scale weights. 1lb and 2 lb.  Original lead liners that include the various stamps impresses into the lead from inspectors.  Ceramic scale weights were forbidden use in the early 20th century because chips and shaved lead produced incorrect weights. 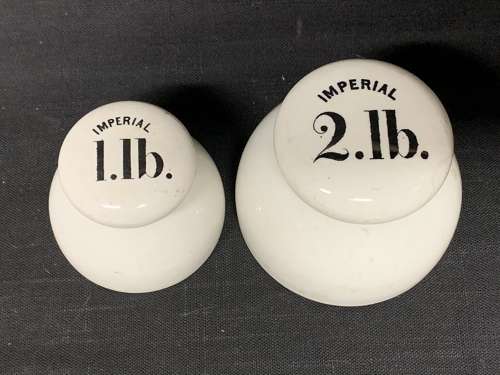 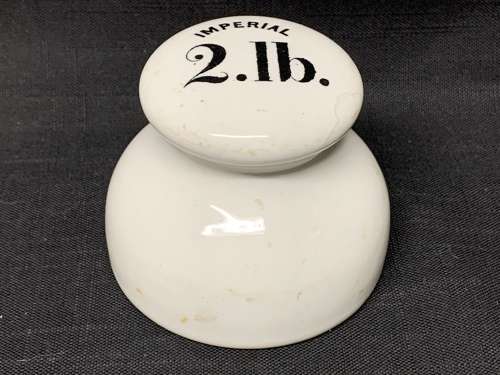 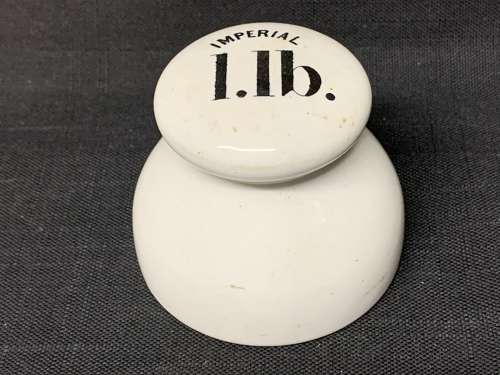 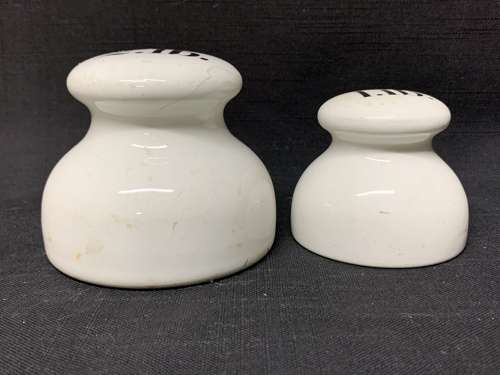 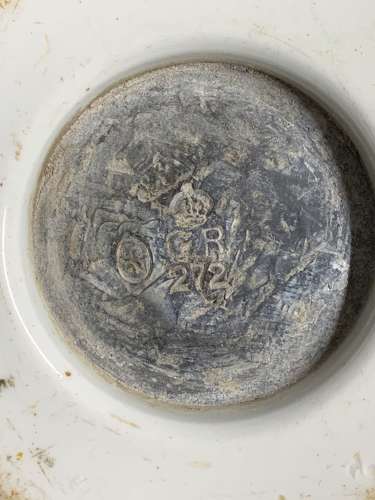 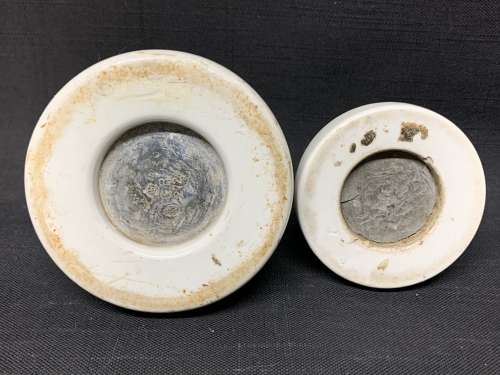