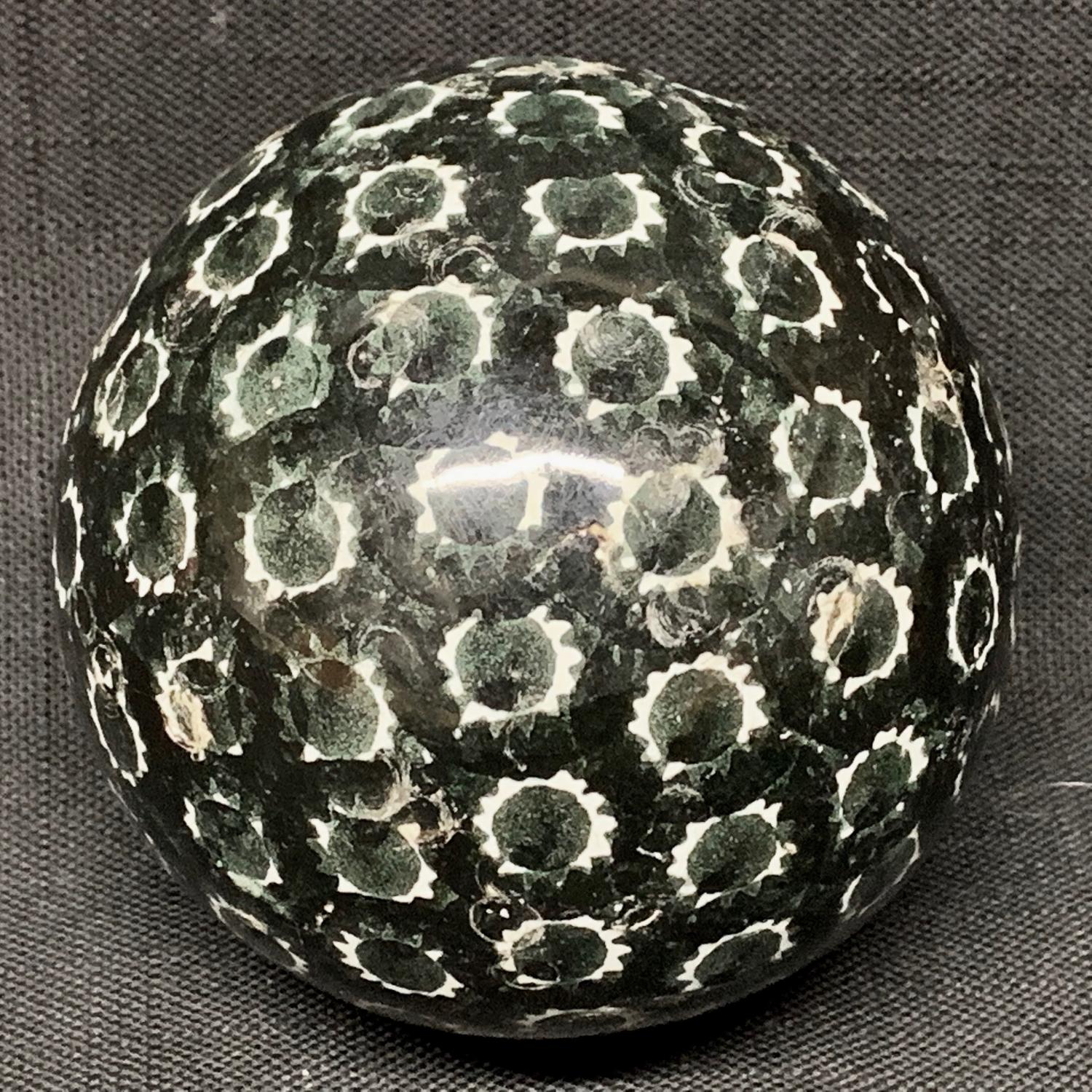 This is a genuine Black Victorian Carpet Ball or Carpet Bowl as they were known in Scotland. The medium sized sponge painted ceramic ball measures approx. 3” in diameter, heavy duty solid glazed and decorated ironstone.

The condition is good.  A glorious example of the finest in English folk art to add to any collection of early sporting goods or early English ceramics. 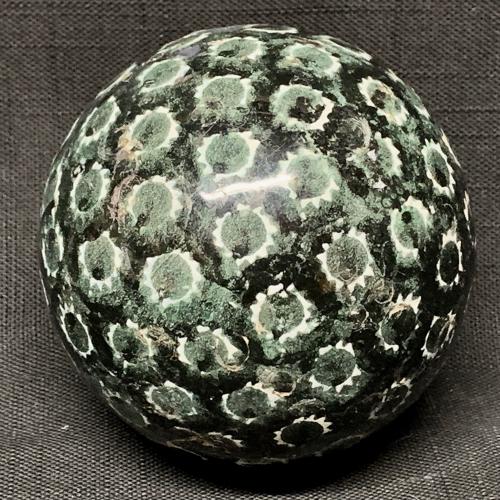