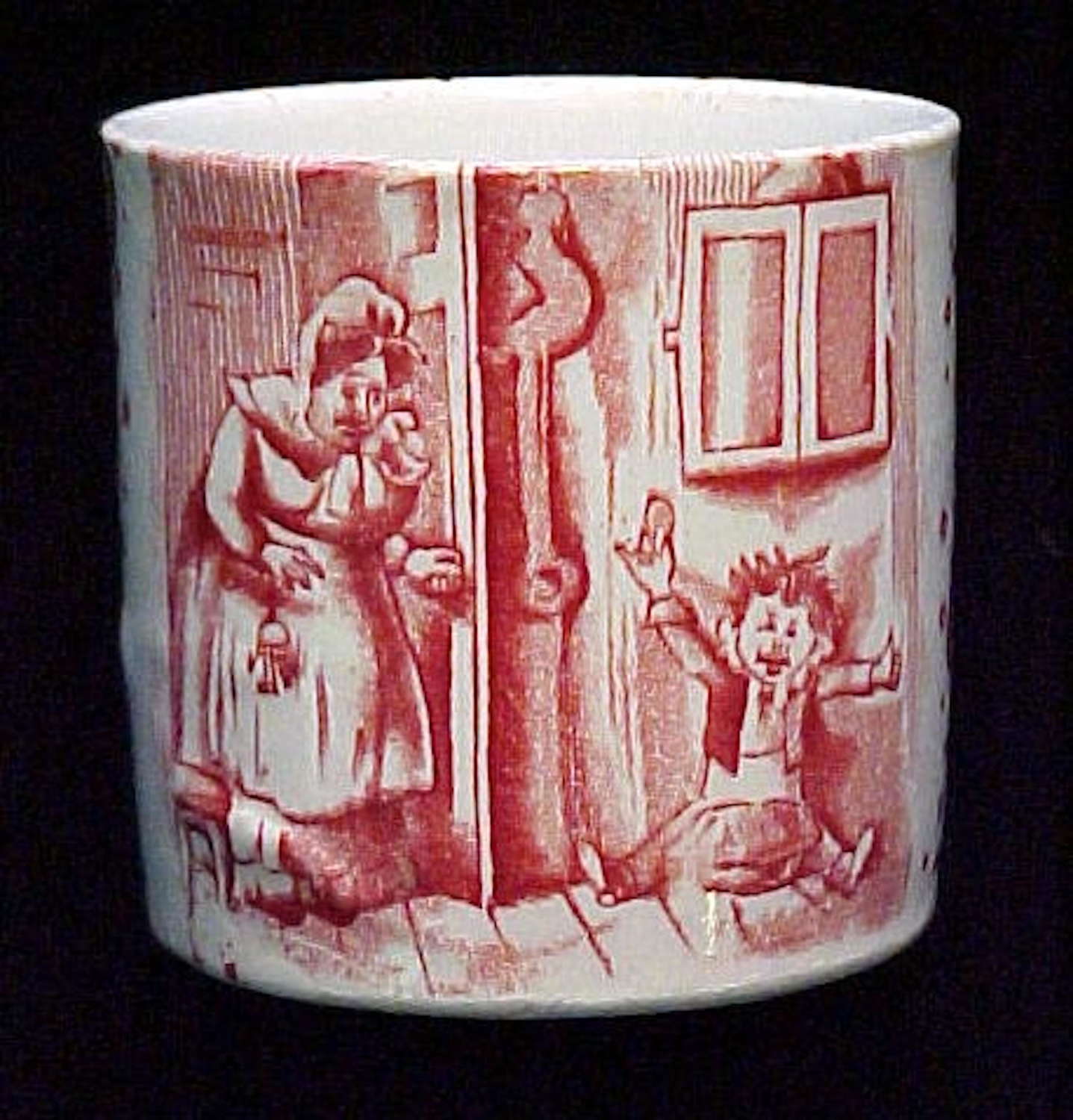 has a crisp image transfer printed in rich deep red.

In addition to the entire ABC alphabet transfer with the classic Brownhills decorative clover transfer, this mug has a central image of Little jack Horner sitting in his corner with a plum from his pie stuck upon his thumb.

Condition is very good.  The mug is has a nibble off the rim, appears to be underglaze, made during the making of the mug. A tiny half inch spider to the outside bottom.

The image is part of the Nursery Tales series coveted by collectors. This transfer, rarely seen on the market, will be a special abc mug in your collection.

Mugs like these were given as gifts to children on special occasions and were used as educational tools, as well. A lovely addition to your ABC collection. 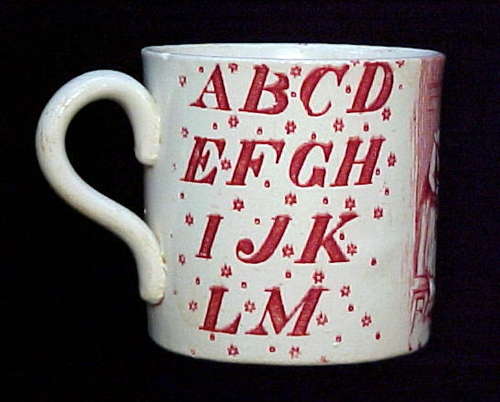 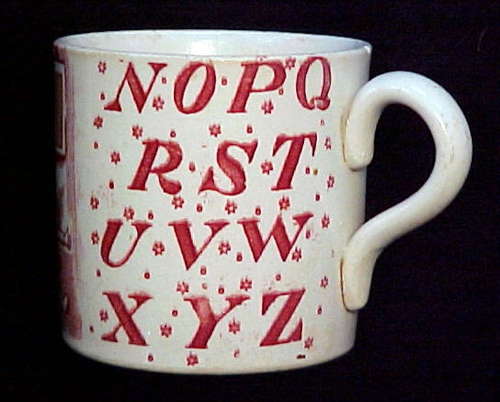 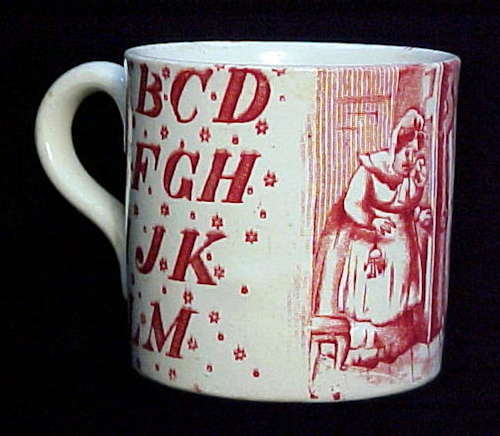 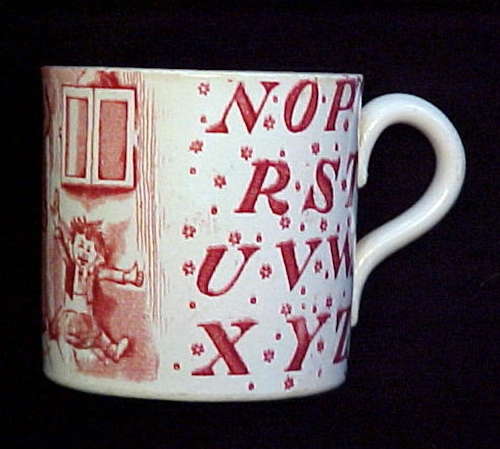