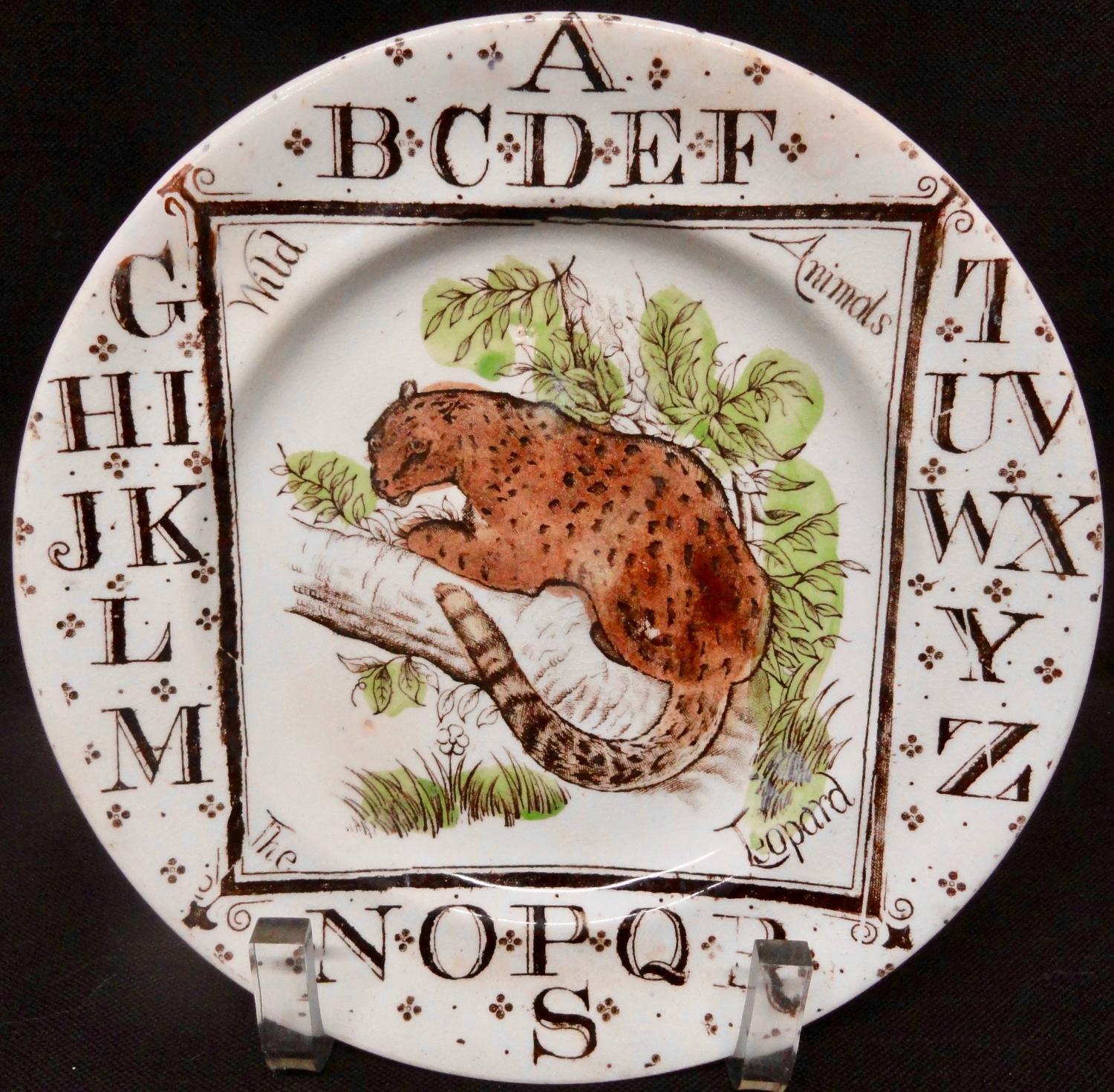 The image is part of the wild animal series coveted by collectors. In addition to the entire ABC alphabet transfer with the classic Brownhills clover transfer, this plate has a central cartouche of a Leopard perched high in the branches either stalking its prey or ready for a nap in the clouds.

The Wild Animals series is my favorite and considered the best of Brownhills Pottery.

Condition is great.  There are two normal kiln stilt marks to the front. Plates like these were given as gifts to children on special occasions and were used as educational tools, as well. 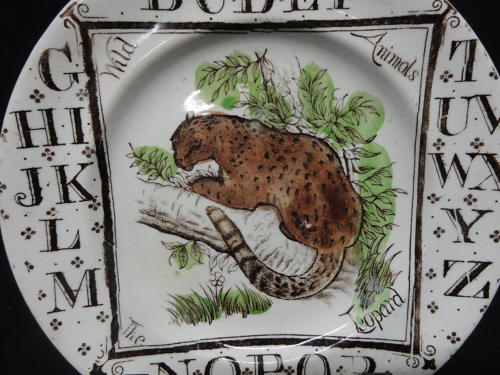 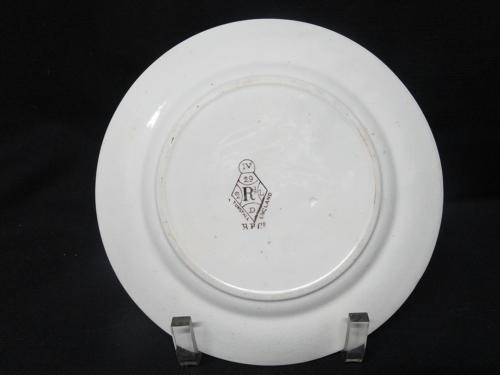