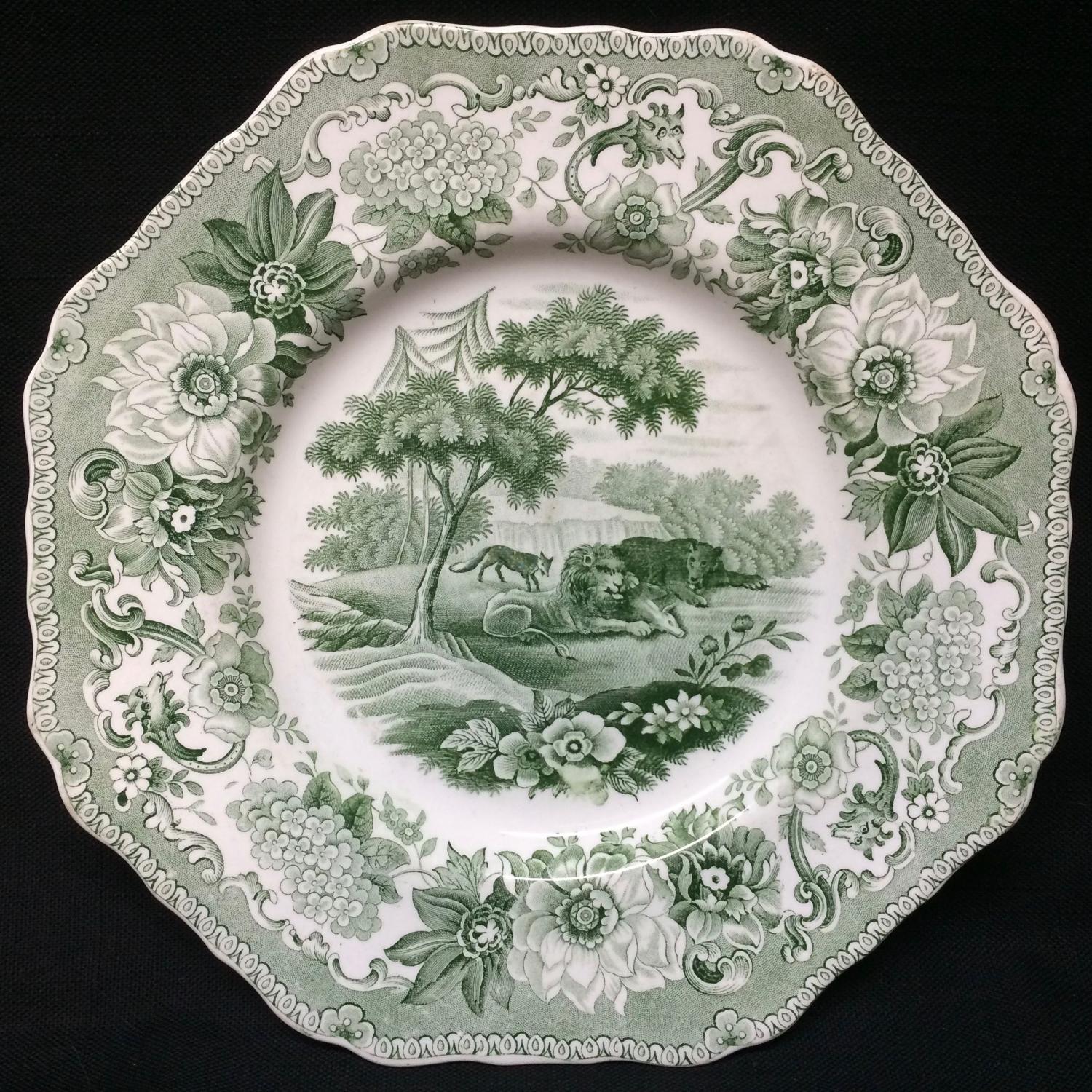 This outstanding  plate measures 8 5/8 inches wide.  It is crisply transfer printed in a rich green.

The plate has a wonderful eight sided scalloped edge and a border pattern of trios of large flowers seperated by hydrangea blossoms, Fox heads and wild roses.

The central image illustrates the fable by Aesop of The Lion, The Bear and The Fox:

The Lion, the Bear, and the Fox

A LION and a Bear seized a Kid at the same moment, and fought

fiercely for its possession.  When they had fearfully lacerated

each other and were faint from the long combat, they lay down

exhausted with fatigue.  A Fox, who had gone round them at a

distance several times, saw them both stretched on the ground

with the Kid lying untouched in the middle.  He ran in between

them, and seizing the Kid scampered off as fast as he could.  The

Lion and the Bear saw him, but not being able to get up, said,

"Woe be to us, that we should have fought and belabored ourselves

only to serve the turn of a Fox."

The Moral of the Story:

It sometimes happens that one man has all the toil, and another

Never Used.  The plate displays beautifully and is in Excellent condition. 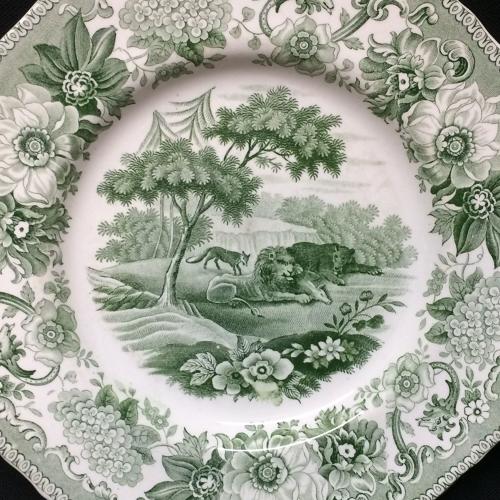 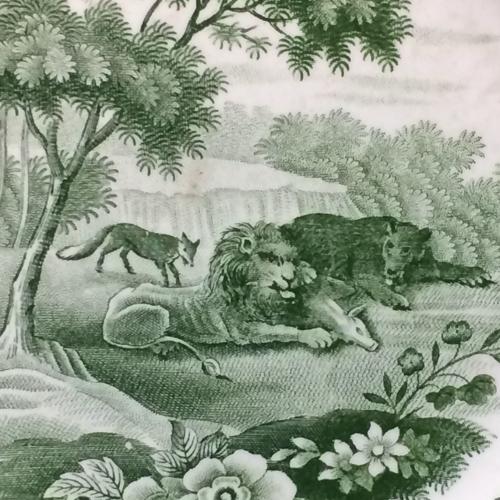 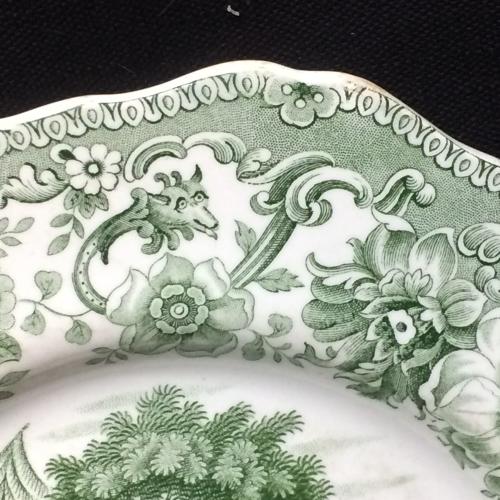 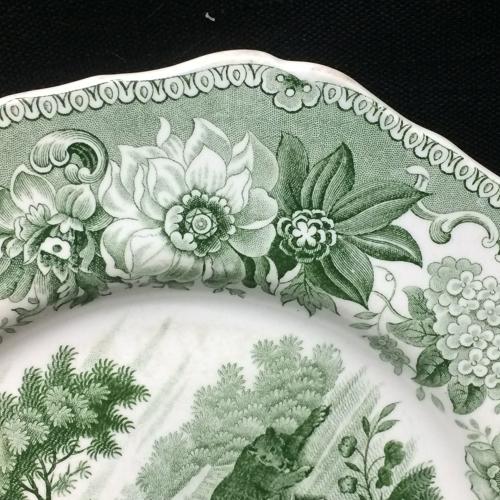 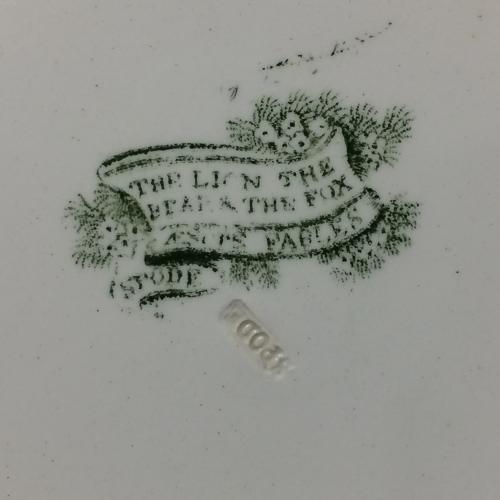 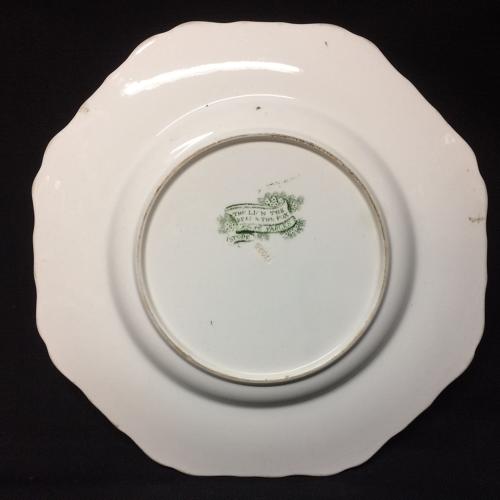