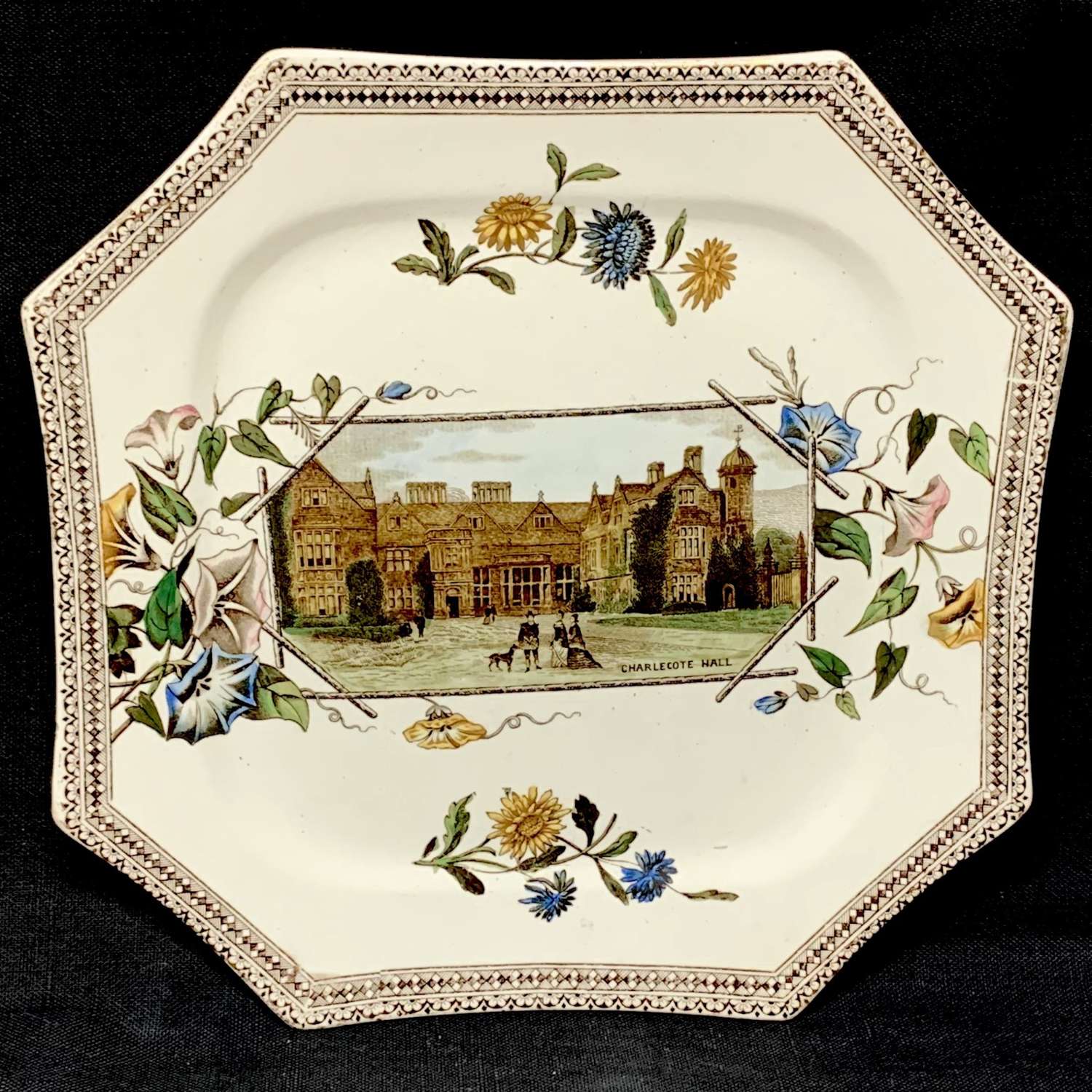 The pattern features an exotic geometric border with Morning Glories and other exotic flowers.

Charlecote Park has been the seat of the Lucy family since 1247; the house was built in the 1550s. It was extensively remodelled between 1826-67 for George Hammond Lucy and his wife Mary Elizabeth. The work was carried out by the couple in consultation with the designer Thomas Willement.  Although little of the original Tudor house remained after George and Mary’s alterations, Charlecote’s connections with Elizabeth I, who visited in 1572,  and with William Shakespeare, reputed to have been caught poaching deer in the park, are very much part of the property’s lore.  These historical associations aside, the house and its 19th-century interiors are a landmark of the Romantic Elizabethan Revival. The park is the work of ‘Capability’ Brown and the garden now features a herbaceous border with planting inspired by roses, herbs, fruit trees and cottage perennials mentioned in Shakespeare’s plays. 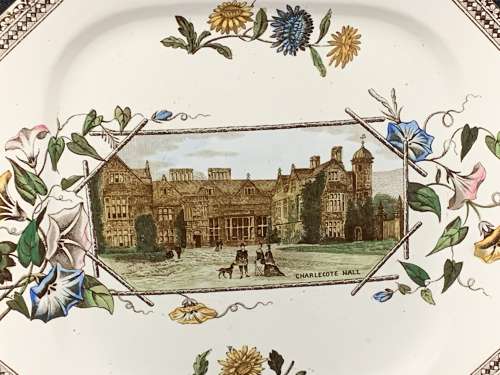 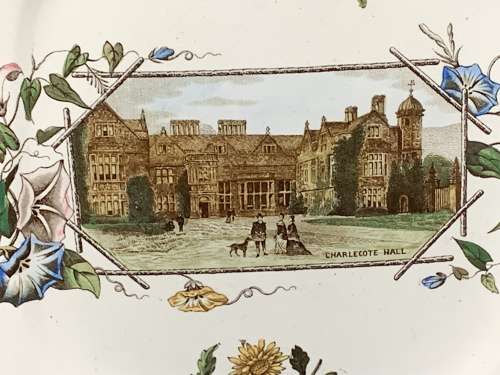 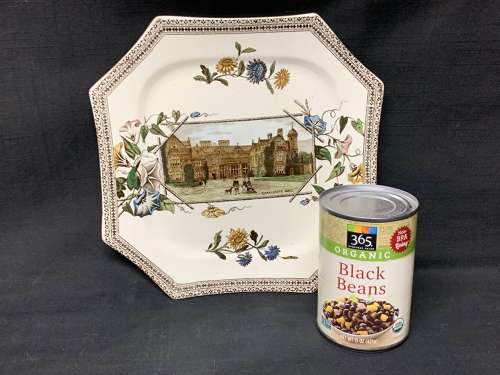 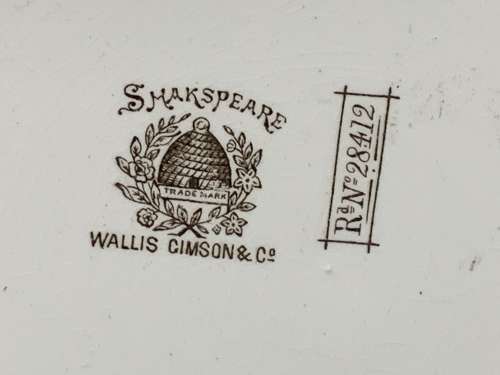