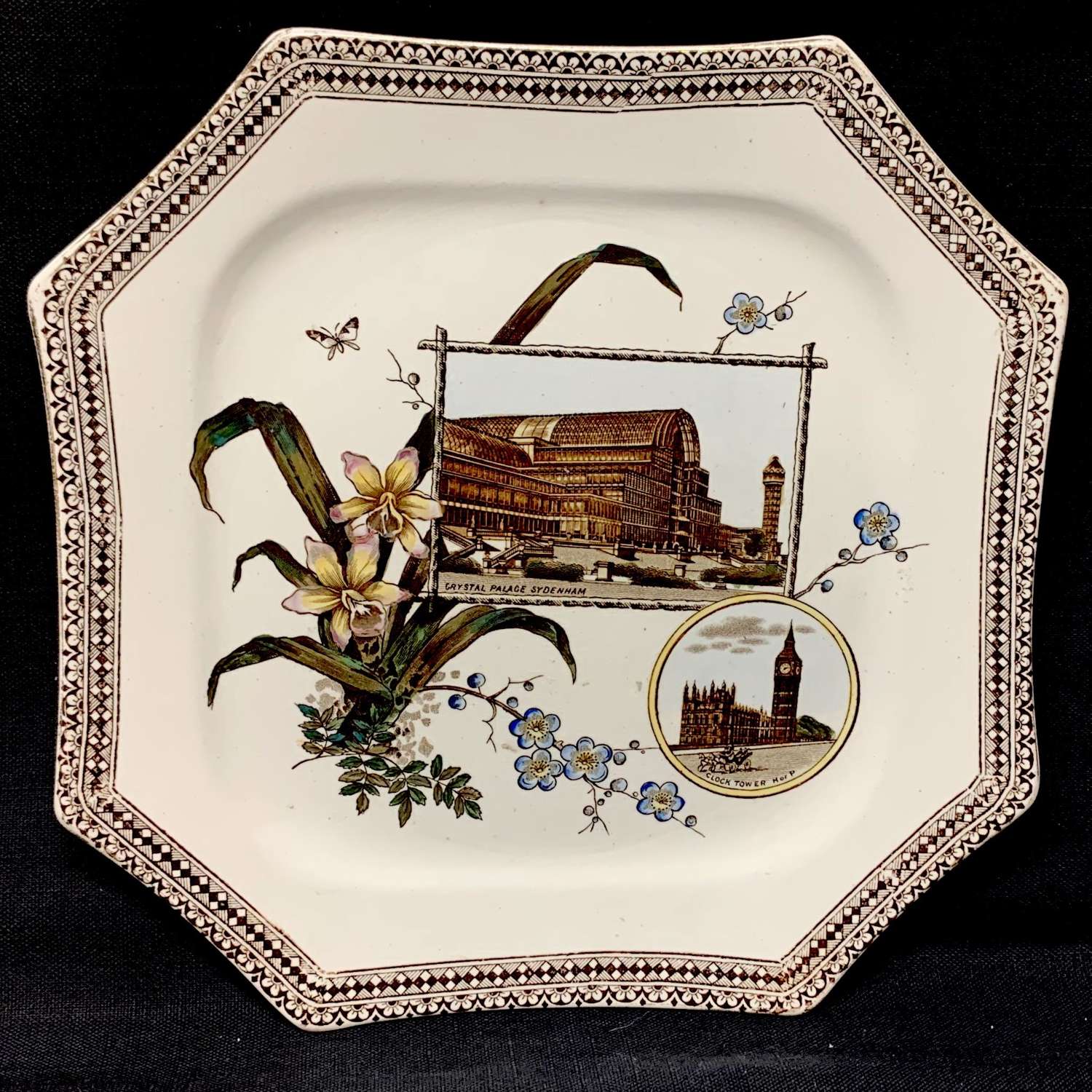 The clear and crisp pattern features a double row of geometric designs along the rim and fantastic wildflowers and blooming Orchids surrounding two cartouches of the Crystal Palace at Sydenham and the Clock Tower at the House of Parliament.

Big Ben is the nickname for the great bell of the clock at the north end of the Palace of Westminster in London.  It is the largest four-faced chiming clock and the third-tallest free-standing clock tower in the world.  The clock first ticked on 31 May 1859.

The Crystal Palace was a cast iron and glass building originally erected in Hyde Park, London, England to house the Great Exhibition of 1851. More than 14,000 exhibitors from around the world gathered in the Palace's 990,000 square feet of exhibition space to display examples of the latest technology developed in the Industrial Revolution. 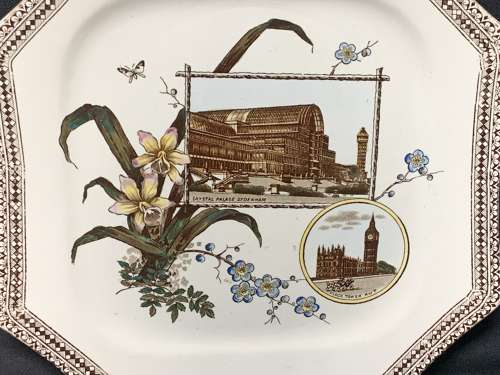 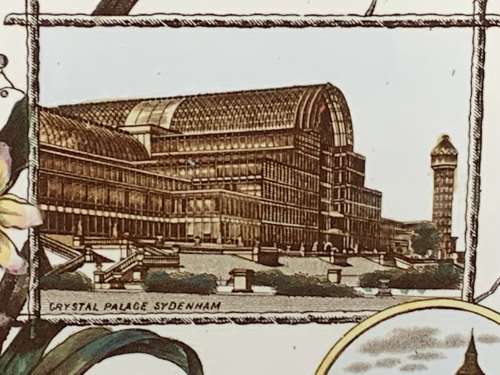 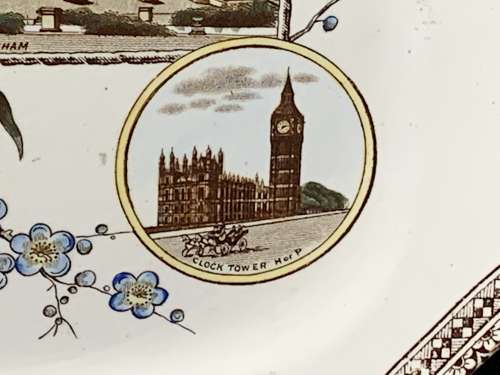 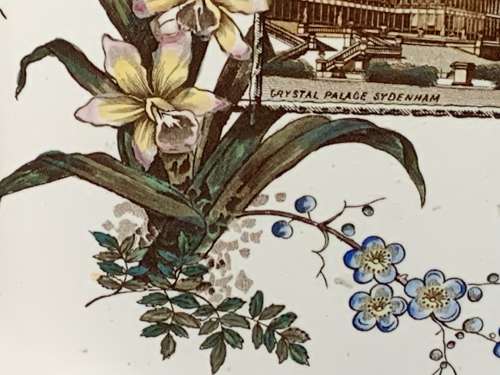 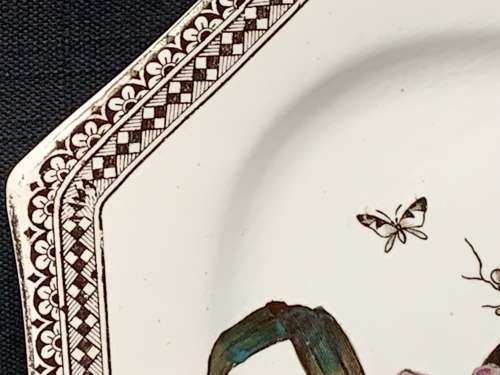 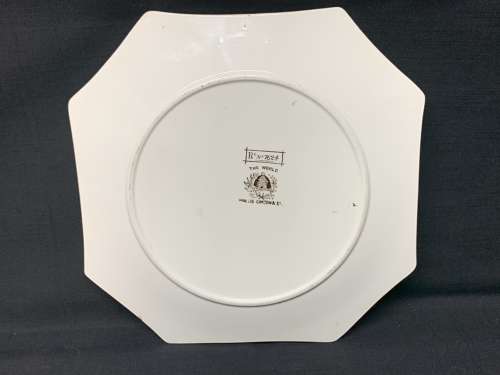