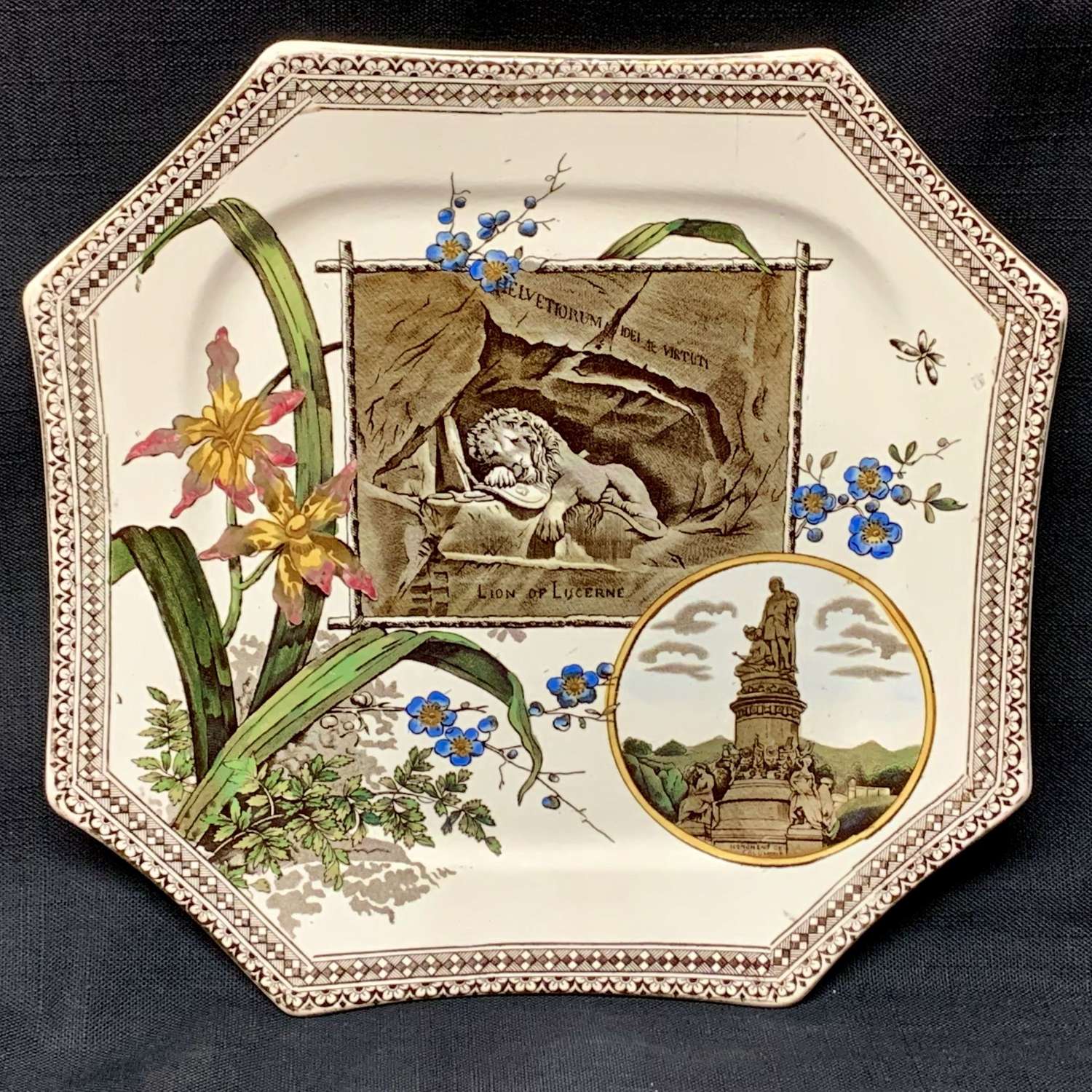 LION OF LUCERNE & MONUMENT OF COLUMBUS

This Victorian 10 1/4” x 9 1/2 " plate is transfer printed in dark brown and hand painted in rich colorations..  The pattern features a double row of geometric shapes along the rim and fantastic wildflowers and blooming Orchids surrounding two cartouches of the Monument of Columbus in Colon Spain and the Lion of Lucerne.

The Lion Monument in Lucerne is a giant dying lion carved out of a wall of sandstone rock above a pond at the east end of the medieval town. It was designed as a memorial for the mercenary soldiers from central Switzerland who lost their lives while serving the French king Louis XVI during the French Revolution.

Condition is very good.  Clean and bright. A short hairline off the rim. 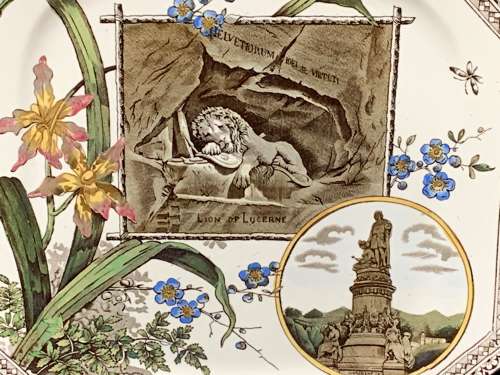 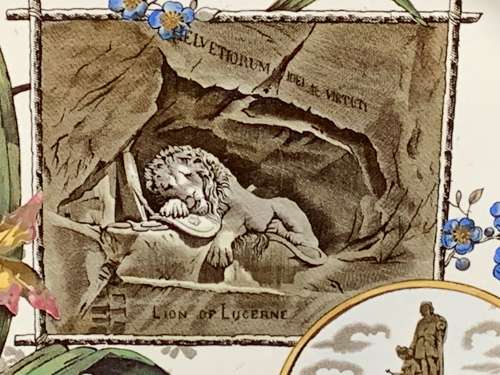 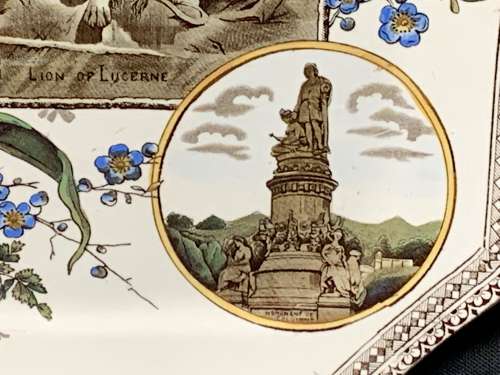 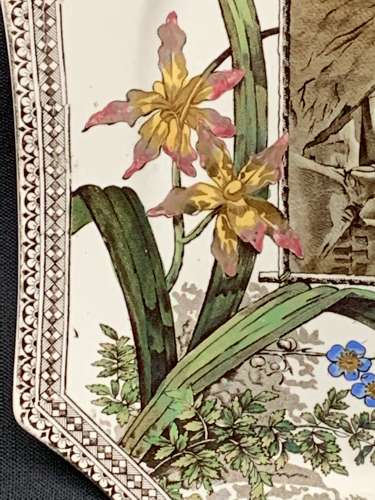 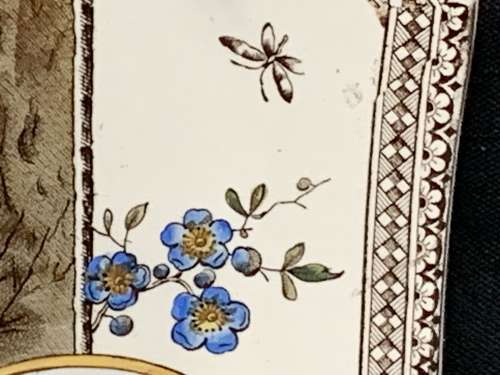 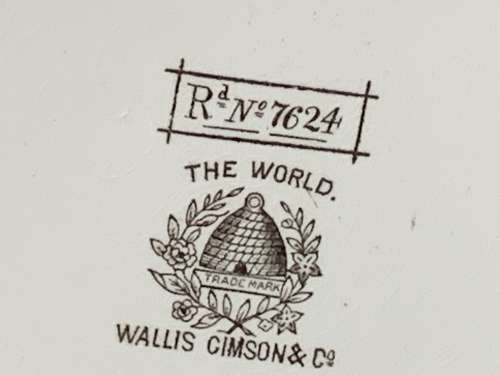 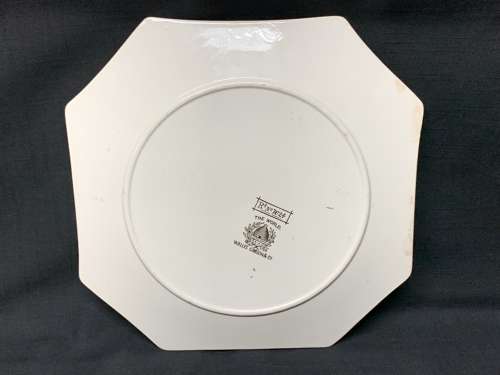