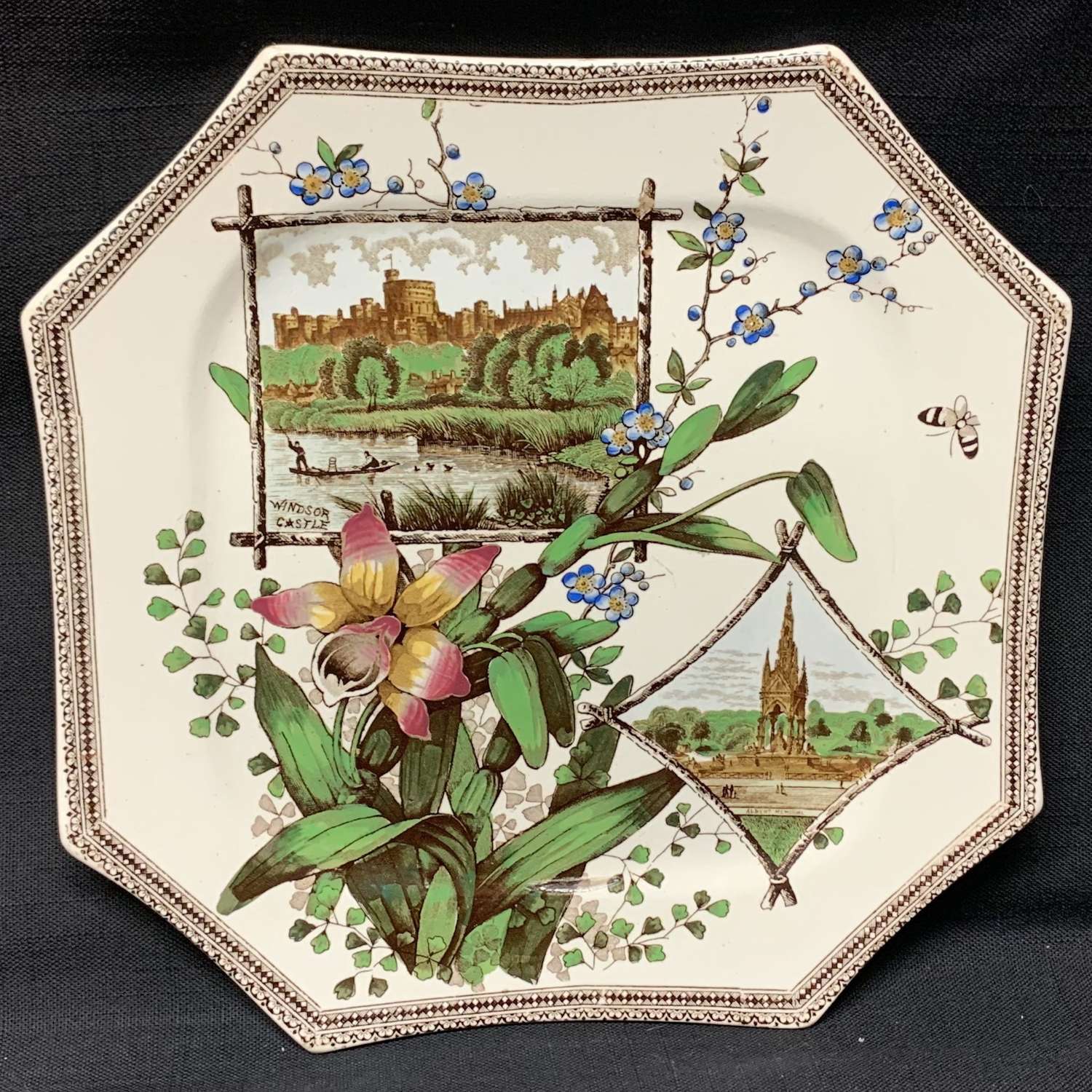 The clear and crisp pattern features exotic blooming orchids and wildflowers mixed with maiden hair fern fronds.  Two fabulous cartouches, one of Windsor Castle and one of the Albert Memorial.

Windsor Castle, in Windsor in the English county of Berkshire, is the largest inhabited castle in the world and, dating back to the time of William the Conqueror, is the oldest in continuous occupation. The castle's floor area is approximately 484,000 square feet.

The Albert Memorial is situated in Kensington Gardens, London, England, directly to the north of the Royal Albert Hall.  It was commissioned by Queen Victoria in memory of her beloved husband, Prince Albert of Saxe-Coburg-Gotha who died of typhoid in 1861, and designed by Sir George Gilbert Scott in the Gothic revival style.

Condition is Great, Never Used.  Two small hairlines the the back of the rim that do not go thru to the front of the plate. 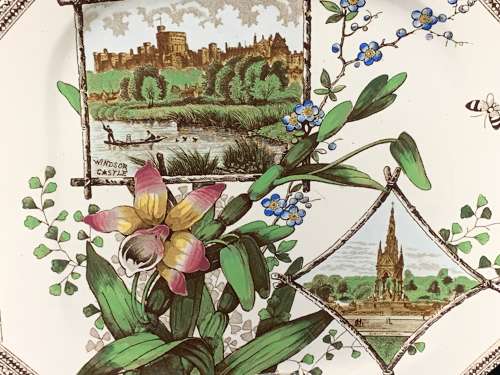 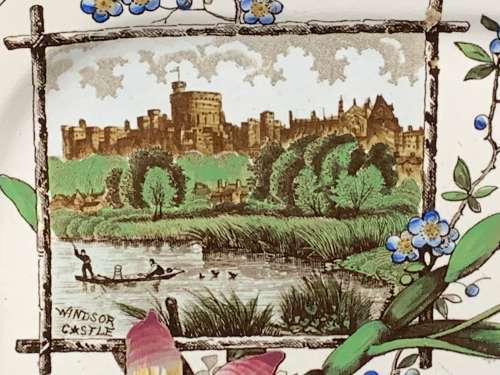 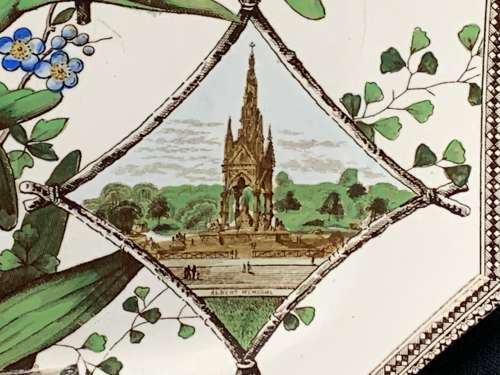 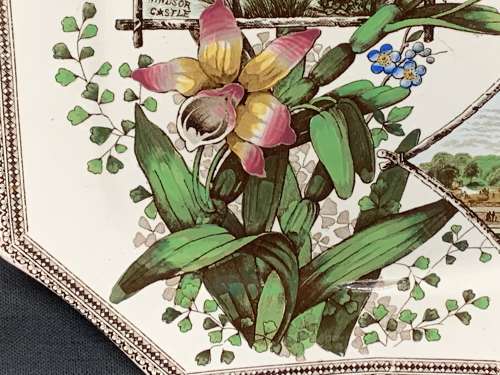 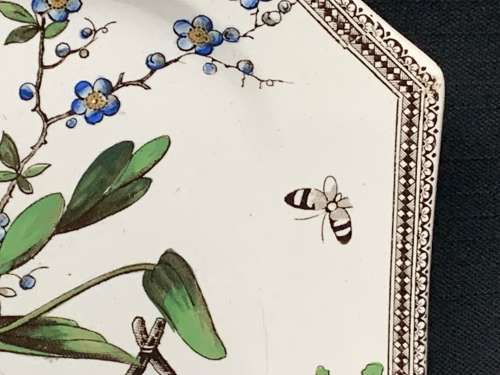 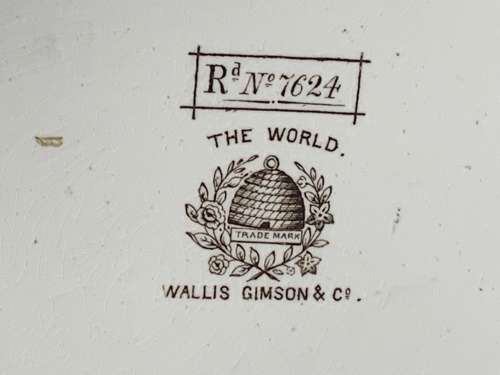 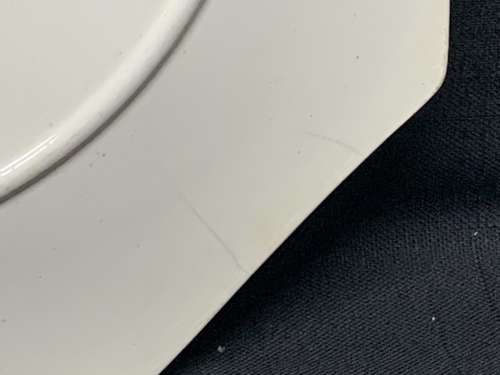 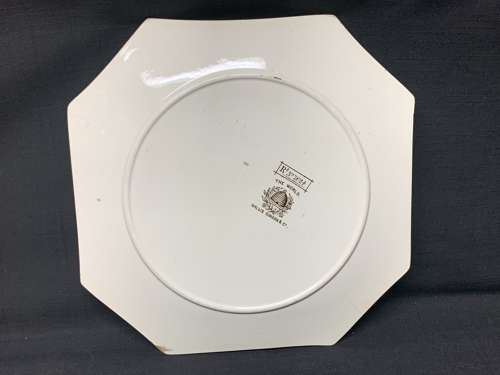