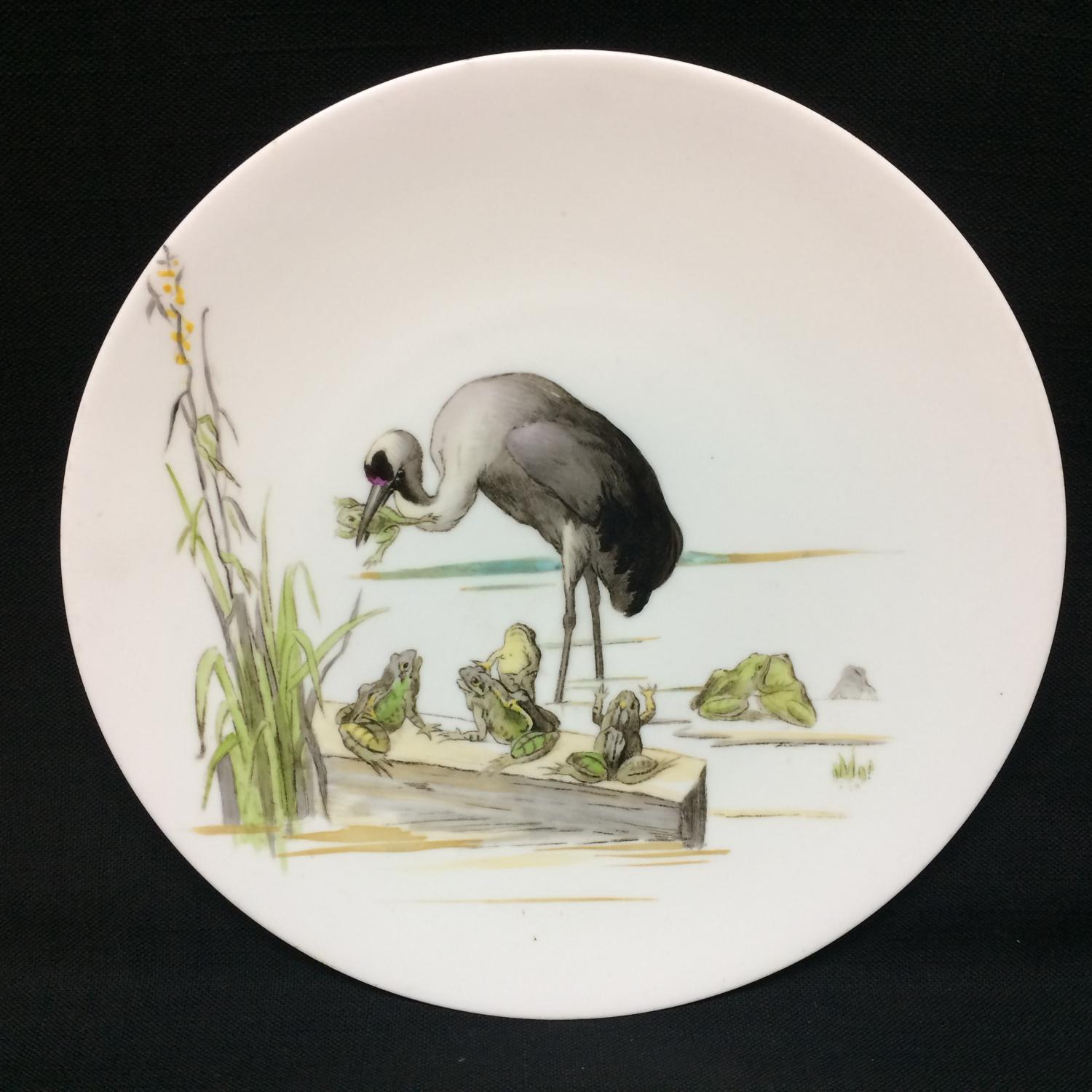 1880 Fontaine's Aesops Fables ~ Frogs Who Wished For A King

This is a superb and quite scare hand painted plate registered around 1880. The plate measures 9 " in diameter. The plate is finely potted porcelain. The decoration is based on a woodcut from the highly coveted Nature series made by Brown Westhead and Moore, most commonly found on architectural tiles. It is beautifully decorated in rich earthy tones.

The fable:
THE FROGS WHO WISHED FOR A KING
The Frogs were tired of governing themselves. They had so much freedom that it had spoiled them, and they did nothing but sit around croaking in a bored manner and wishing for a government that could entertain them with the pomp and display of royalty, and rule them in a way to make them know they were being ruled. No milk and water government for them, they declared. So they sent a petition to Jupiter asking for a king.
Jupiter saw what simple and foolish creatures they were, but to keep them quiet and make them think they had a king he threw down a huge log, which fell into the water with a great splash. The Frogs hid themselves among the reeds and grasses, thinking the new king to be some fearful giant. But they soon discovered how tame and peaceable King Log was. In a short time the younger Frogs were using him for a diving platform, while the older Frogs made him a meeting place, where they complained loudly to Jupiter about the government.
To teach the Frogs a lesson the ruler of the gods now sent a Crane to be king of Frogland. The Crane proved to be a very different sort of king from old King Log. He gobbled up the poor Frogs right and left and they soon saw what fools they had been. In mournful croaks they begged Jupiter to take away the cruel tyrant before they should all be destroyed.
"How now!" cried Jupiter "Are you not yet content? You have what you asked for and so you have only yourselves to blame for your misfortunes.
Moral: Be sure you can better your condition before you seek to change.
The plate is in great condition.  The images are clear and crisp with intricate detail and whimsical styling. The plate was made with great attention to detail. 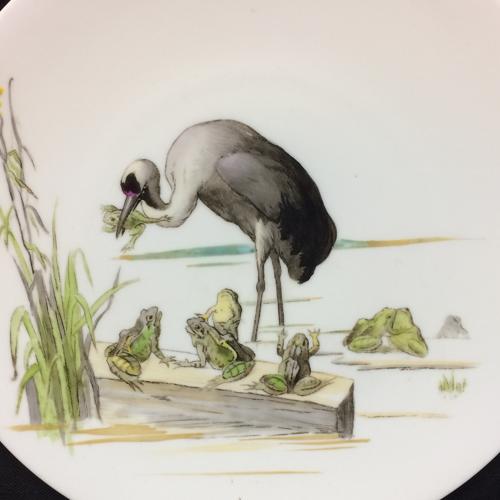 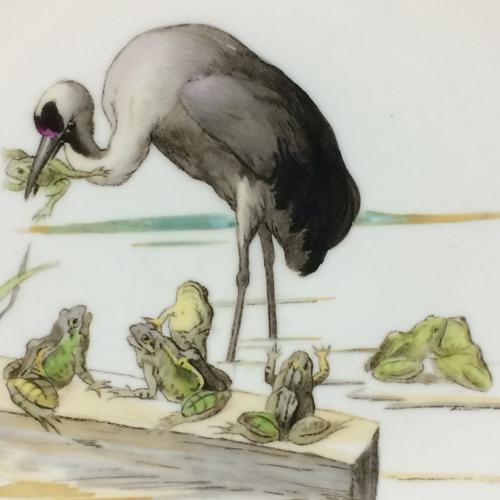 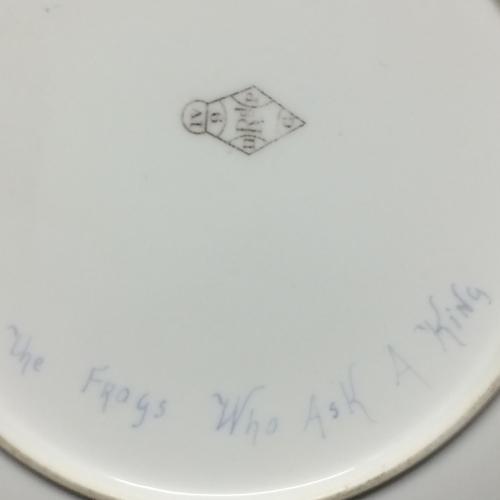 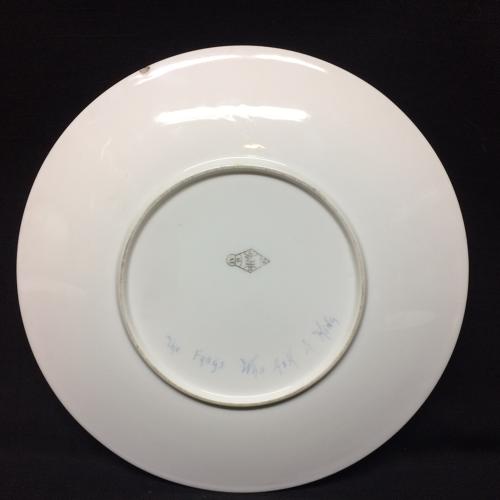