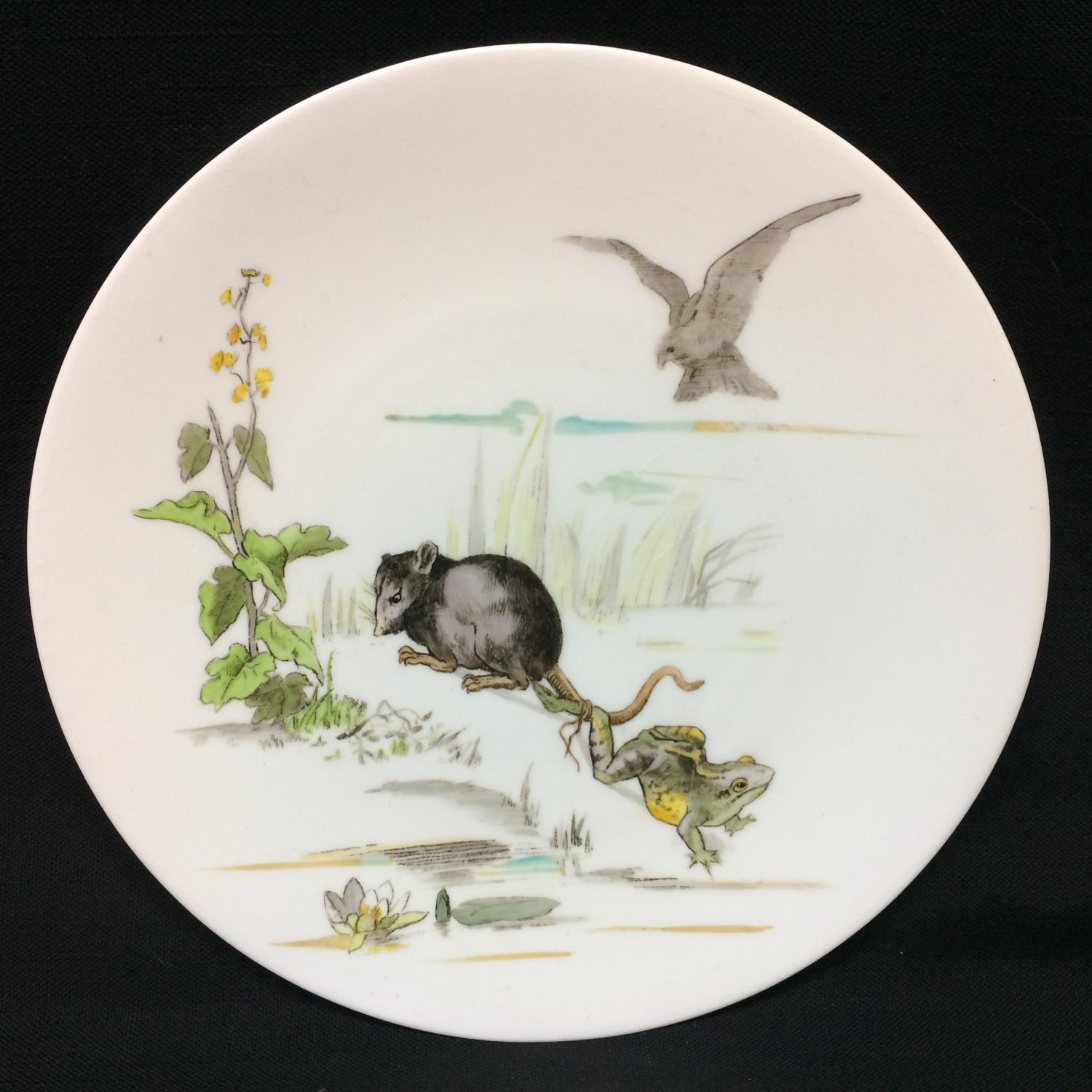 This is a superb and quite scare hand painted plate registered around 1880. The plate measures 9 " in diameter. The plate is finely potted porcelain. The decoration is based on a woodcut from the highly coveted Nature series made by Brown Westhead and Moore, most commonly found on architectural tiles. It is beautifully decorated in rich earthy tones.

The fable:
THE FROG AND THE RAT

A rat in an evil day made acquaintance with a Frog, and they set off on their travels together. The frog on pretense of great affection, and of keeping his companion out of harm's way, tied the Rat's foot to his own hind-leg, and thus they proceeded for some distance by land. Presently they came to some water, and the Frog, bidding the Rat have good courage, began to swim across. They had scarcely, however, arrived midway, when the Frog took a sudden plunge to the bottom, dragging the unfortunate Rat after him. But the struggling and floundering of the Rat made so great a commotion in the water that it attracted the attention of a flying Kite, who, pouncing down and bearing off the Rat, carried away the Frog at the same time in his train.
Moral:
Inconsiderate and ill-matched alliances generally end in ruin; and the man who compasses the destruction of his neighbor is often caught in his own snare.
The plate is in great condition.  The images are clear and crisp with intricate detail and whimsical styling. The plate was made with great attention to detail. 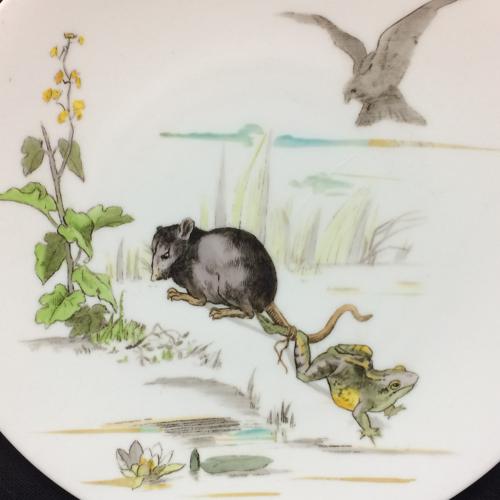 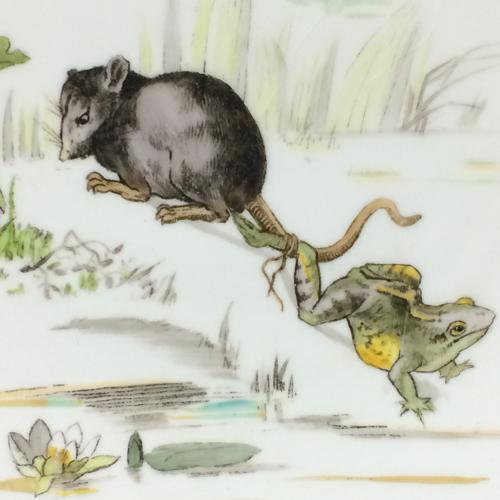 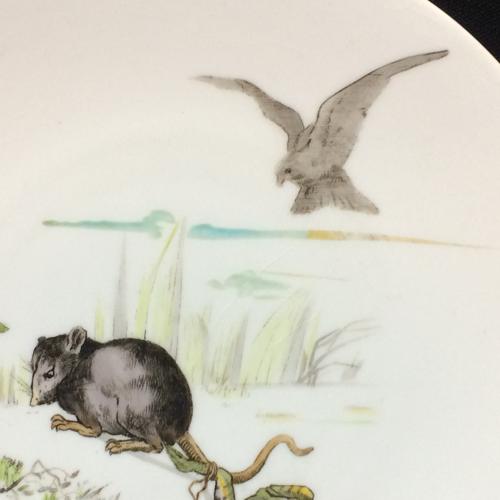 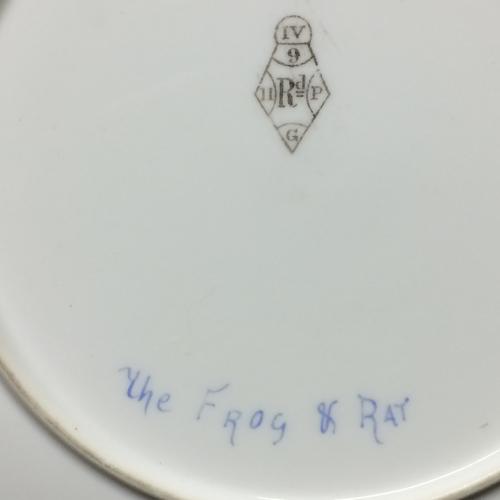 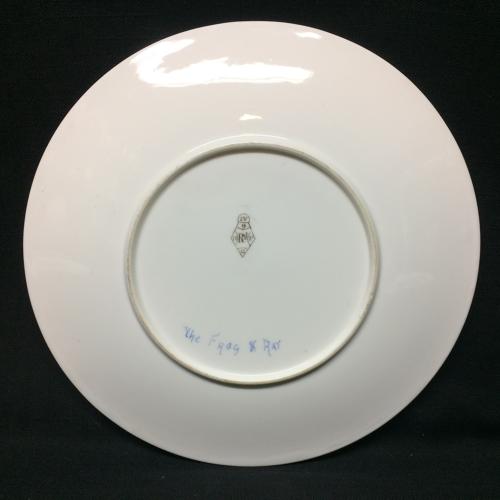