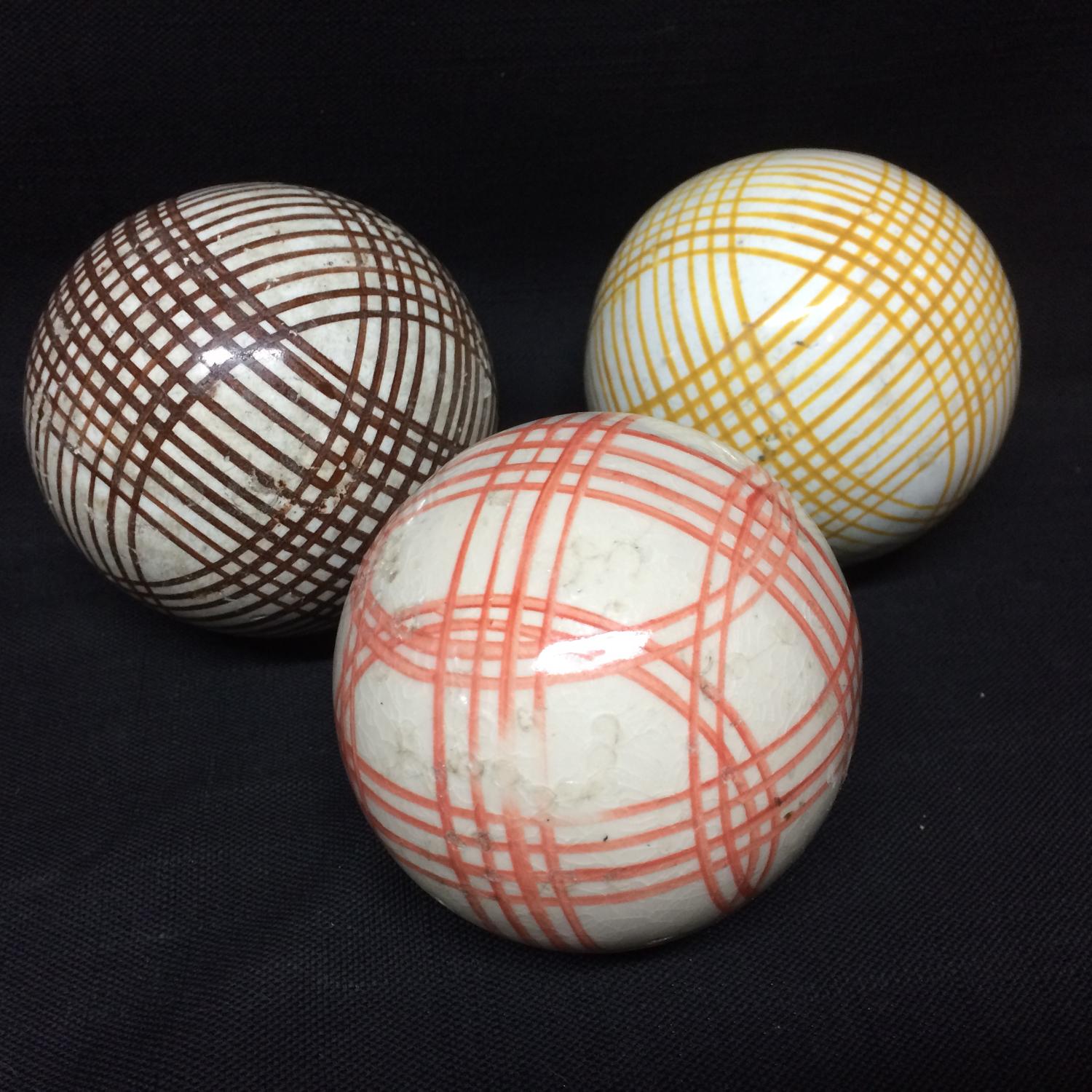 The set includes one brown, one orange, and one yellow striped decorated balls.

The condition is very good.  The brown one area of glaze paint loss.  A glorious example of the finest in English folk art, and amazing Stocking Stuffers to add to any collection of early sporting goods or early English ceramics.

Please send us an email with any questions or if you would like to see additional photos. 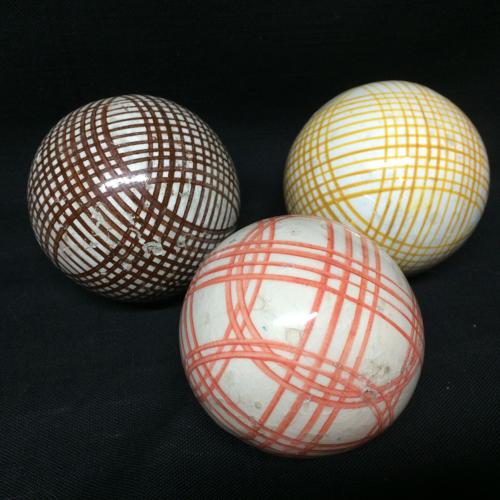