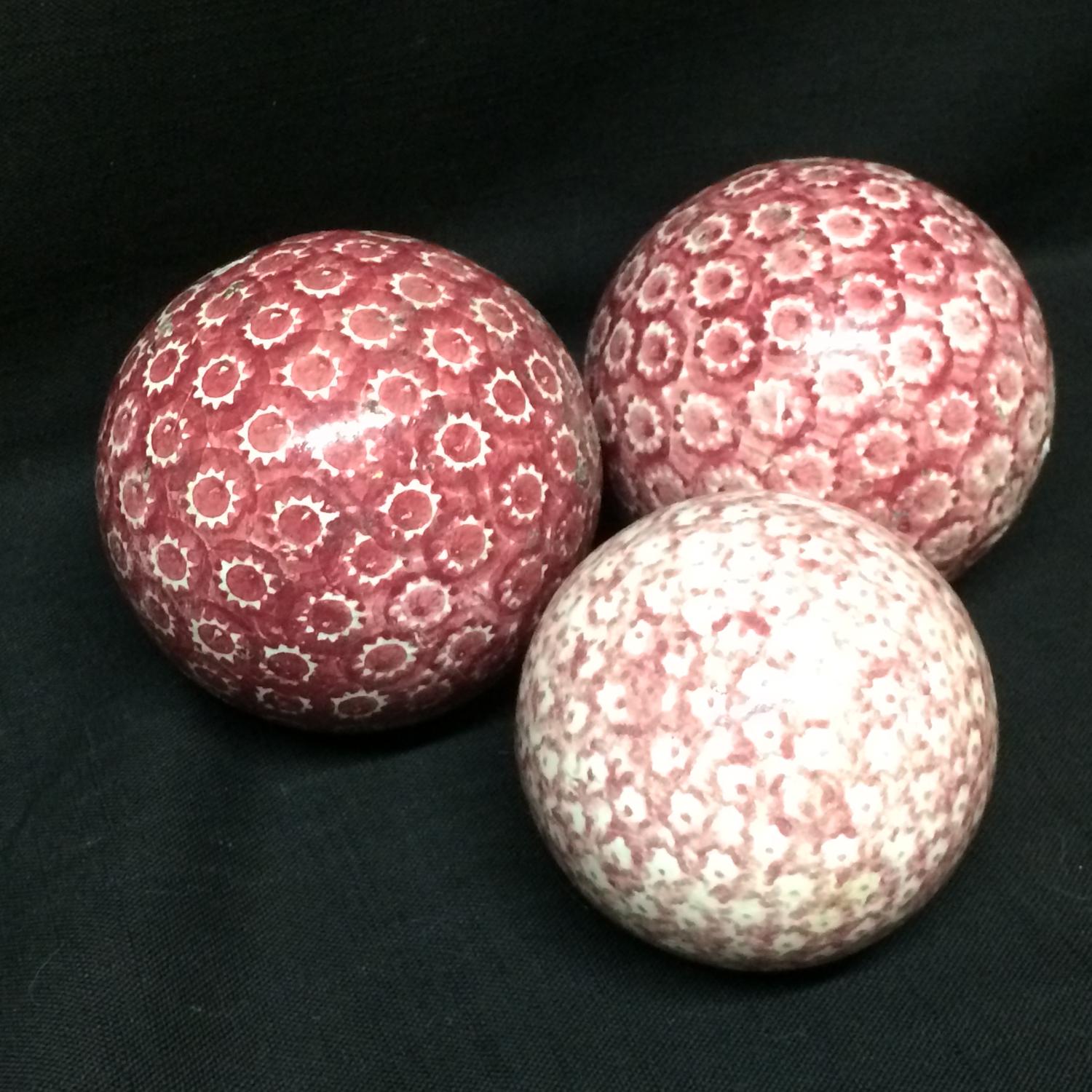 This is a rare set of genuine Victorian Carpet Balls or Carpet Bowls as they were known in Scotland. The medium sized ceramic balls each measure approx. 3” in diameter, heavy duty solid glazed and decorated ironstone.

The carpet balls were made around 1860 in Scotland or possibly Dawsons Low Ford Pottery in Sunderland , which also produced sponge and transfer printed carpets balls during the same period. There is no maker's mark. The condition is good with some scuffing and glaze flake loss and a few spots of wear and discoloration. The bumps and knocks are a sign of authenticity. A glorious example of the finest in English folk art, and amazing Stocking Stuffers to add to any collection of early sporting goods or early English ceramics. 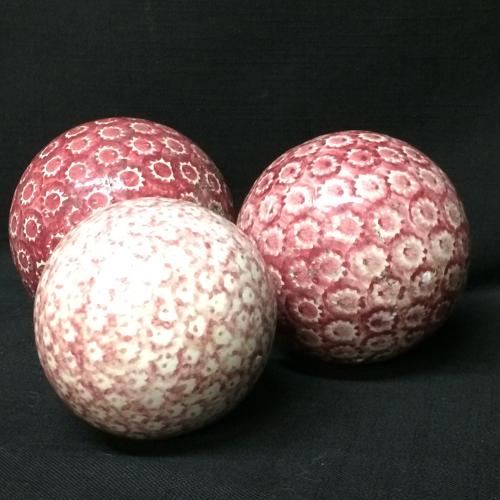 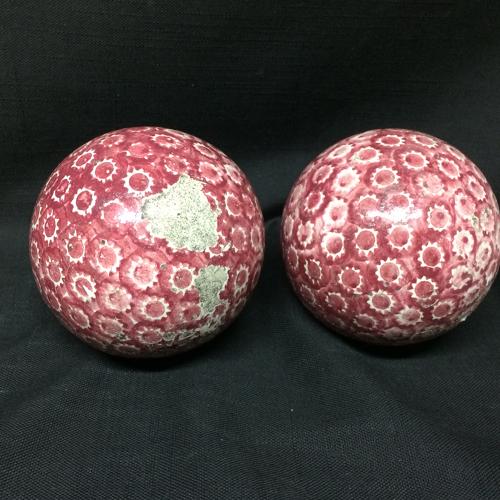 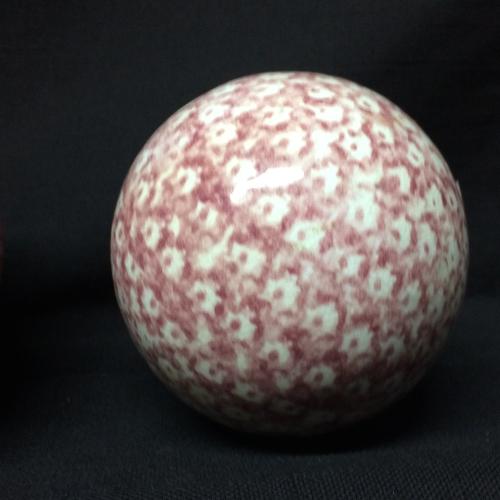