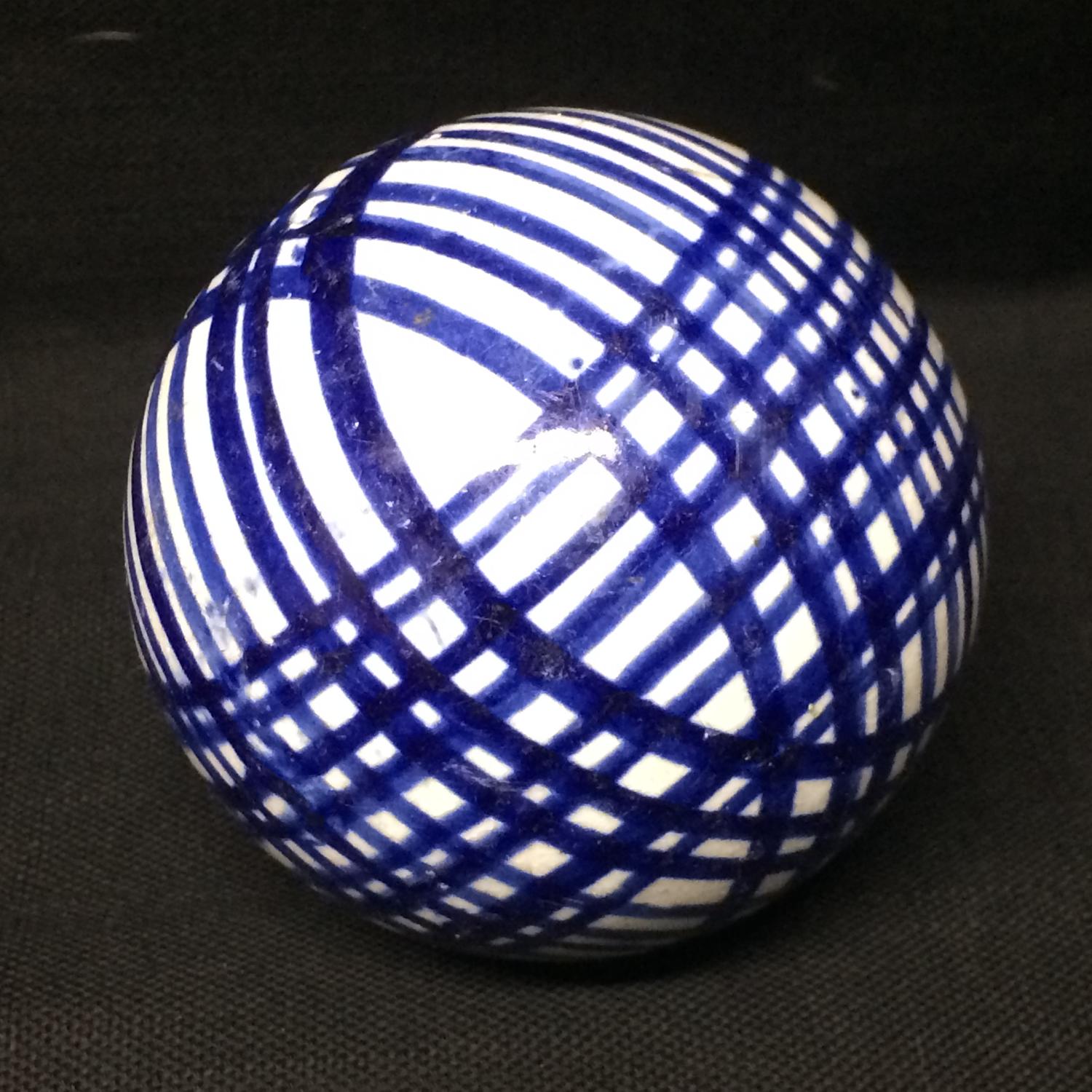 This is a genuine Victorian Carpet Ball or Carpet Bowl as they were known in Scotland. The medium sized ceramic ball measures approx. 3” in diameter, heavy duty solid glazed and decorated ironstone.

Carpet Bowling was an indoor game popular in Scotland and later England. It was played indoors as a parlor game using heavy ceramic balls known in Scotland as ‘Piggies’.  The game was extremely popular between 1860 and 1880 and almost every home had a set of ‘Piggies’.   It was a popular pastime and was encouraged by the churches to “prevent young men from partaking in alcohol and mischief” and local schoolrooms were often permitted to be used as bowling halls.
Similar to Bocce , the goal was to get your ball closest to a smaller plain "Jack" while knocking your opponents' ball out of the way. Half the game balls had a striped or plaid pattern, the other half had a sponged design. The sponged balls are more rare than the others. Ceramic balls like these were used until about 1895 when the Scottish Bowling Association decided on Lignum wood or a plastic substance called ‘Lawrite composition’ and a uniform size was set at no more than 12 inches circumference.

The carpet balls were made around 1860 in Scotland or possibly Dawsons Low Ford Pottery in Sunderland , which also produced sponge and transfer printed carpets balls during the same period. There is no maker's mark. The condition is great with only some scuffing minor flakes and a few spots of wear and discoloration. The bumps and knocks are a sign of authenticity. A glorious example of the finest in English folk art to add to any collection of early sporting goods or early English ceramics. 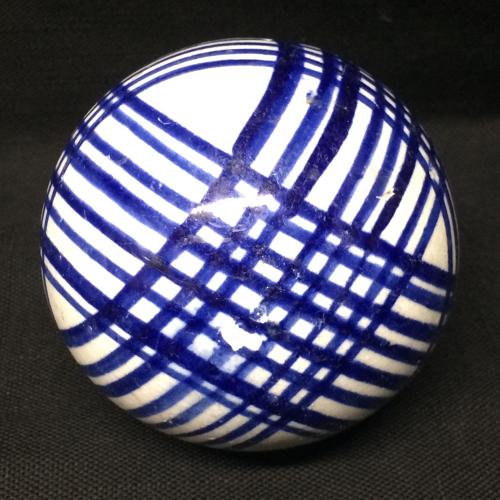